“If we’re fortunate enough to have the majority next year, I’ll be the majority leader, I’ll decide in consultation with my members what to put on the floor,” said McConnell. “And let me tell you what would not be part of our agenda. We will not have as part of our agenda a bill that raises taxes on half the American people, and sunsets social security and Medicare within five years.”
https://www.yahoo.com/lifestyle/mcconnell-rebukes-scott-over-11-202301059.html

Why is that McConnell seems so sure of himself? He’s not sure the Republicans will have the majority in 2022. i can agree with that. It remains to be seen. Yet, he’s very confident if they do that he will be the majority leader. How is it that he and Pelosi always get the top spots and people seem to assume they will? There’s the old axiom, ‘the hand that rocks the cradle rules the world’. Congress is its own world and is also known as the swamp.There it’s he or she  who controls the purse strings rules the world. It’s money followed by power. If you want money for your campaign or want to get on a committee you have to kiss the ring. McConnell knows he has control of campaign funding. If a candidate expects to get funded they say how high when he says jump. They vote for him. You would think there might be enough people of principle in the Republican party but this is the uniparty we’re talking about. Money trumps principle.

I do agree with McConnell that the agenda should not include raising taxes and throwing seniors overboard with a sunset of social security and Medicare. i can’t imagine any Republican ever supporting such an agenda. Trump cut taxes and it benefitted the middle class [contrary to the Democrats narrative].Now that we have Biden’s skyrocketing inflation that’s the equivalent of a tax that hits both the middle class and poor.  Inflation hardly affects the upper class. If you wanted to wipe out the middle class this would be the way to do it.

i just don’t see any Republican supporting such an agenda so i have no clue what McConnell is talking about here.  i do recall Mitch helping Biden get his Trillion dollar ‘infrastructure’ bill passed.

He was proud of it too. In his own words,

“I was proud to support today’s historic bipartisan infrastructure deal and prove that both sides of the political aisle can still come together around common-sense solutions.”

It’s not the first time McConnell ever betrayed the people that got Republicans elected. He used the Tea party movement to get a Republican majority. Back in 2010 the Republicans gained 60 seats in the House and 6 in the Senate. As soon as they won he stabbed them in the back. We have some up and coming MAGA candidates. A number of them have made it perfectly clear they do not support McConnell. Mitch is going to see MAGA as a threat. He probably already does but he’s not stupid enough to say it publicly. Mitch has a problem. We are 70 million plus strong and i believe growing. I wouldn’t take anything for granted though. We better remain aware and tough as nails. The Never Trumpers and Uniparty are not going to cede power easily. The Never Trumpers are obvious. The Uniparty not so much. Those are the ones that worry me. We have a handful of real warriors in Congress that have proven themselves to be reliable. Jim Jordan of Ohio is a good example. 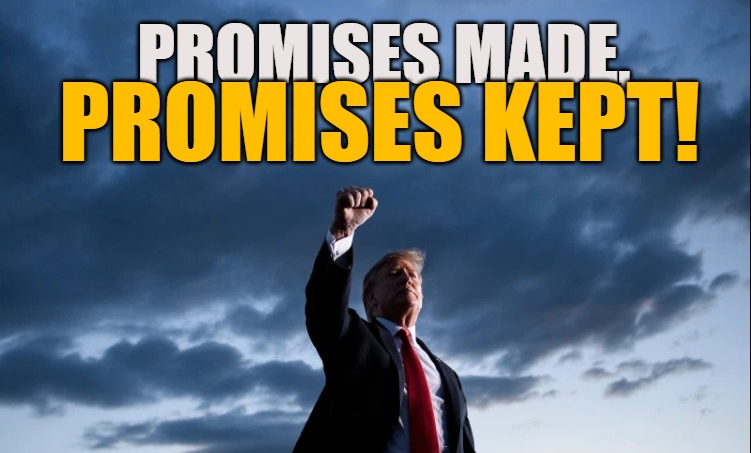 i do know this about McConnell. He was never there for Trump. i mean that. Of all the backstabbers in DC McConnell had to be the worst.Yet, when it comes to Biden and the Democrats he’s always willing to compromise.Maybe part of the reason is because McConnell, like many of the Democrats and some Republicans, he’s in the back pocket of China.

If the incumbents in DC want to win here’s what they need to do. It remains to be seen if they have the guts.

Dan Bonigno is right, the DO matters.

4. Support the President we elect the same way the Democrats support theirs. Trump may not be perfect and you may not like him but WE elected him. You-the GOP establishment-do not get to pick our candidates for us anymore.He had plenty of successes and a few failures but that’s true of any President. I will say this for him. He didn’t take any crap from the media, the Democrats or you people.

The Republicans could learn a thing or two from him. After years of the Republican establishment picking a candidate for us we went for our own and the MAGA movement was born.

IF we give you a majority, get a majority leader we can support  then fight like hell for us. Again (this bears repeating)we’re not going to settle for Mitch 2.0.