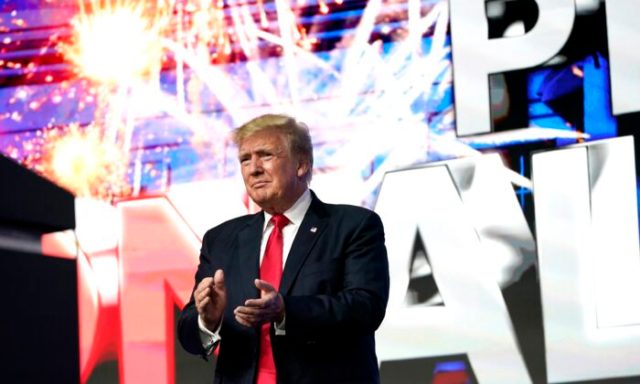 Speaking at an event in Phoenix called “Rally for Election Integrity,” Trump said the state Senate did the right thing when it authorized an audit of the county, a process that’s still ongoing.

“We will fight for truth, transparency, and accountability, and we will not stop until we have restored our American birthright of honest, free, and fair elections,” he said in his speech.

“We’re gathered here in Phoenix to show our support for election integrity and for the brave and unyielding conservative warriors in the Arizona state Senate.”

Trump praised Arizona Republican Party Chairwoman Kelli Ward, who has frequently posted about alleged election fraud since last November, describing her as someone who is “really a fighter.”

“I called up Kelli recently. I said, ‘Why wouldn’t the governor want an audit?’ Maybe everything will prove to be correct, which we know won’t happen,” Trump remarked, referring to Gov. Doug Ducey. “Why wouldn’t somebody want election integrity? Why wouldn’t they want to know?