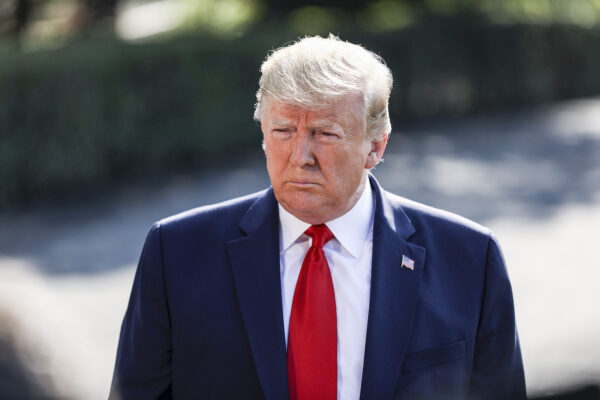 Former President Donald Trump issued a statement weighing in on the Thursday Arizona Senate hearing over preliminary results of the 2020 election audit underway in Maricopa County, saying “[t]here was no victory” for then-presidential candidate Joe Biden in the Grand Canyon state.

The hearing was announced by the state’s Senate President Karen Fann on short notice as an update on the progress of the ongoing election audit in Maricopa County. The hearing covered preliminary audit findings as well as current unresolved issues, including discrepancies in some documentation and paperwork.

“Arizona Senate hearings on the Maricopa County election audit is devastating news to the radical left Democrats and the Biden administration,” the former president said in his statement.

The hearing included updates from Cyber Ninjas CEO Doug Logan and CyFIR CEO Ben Cotton, the heads of the companies conducting the audit.

At the hearing they said they’re seeking more records to complete their review, which is taking months longer than the 60 days they initially had in mind.President Joe Biden won Arizona by a narrow margin of 10,457 votes, or 0.31 percentage points.

Source: ‘There Was No Victory’ for Biden, Trump Says in Wake of Arizona Election Audit Hearing