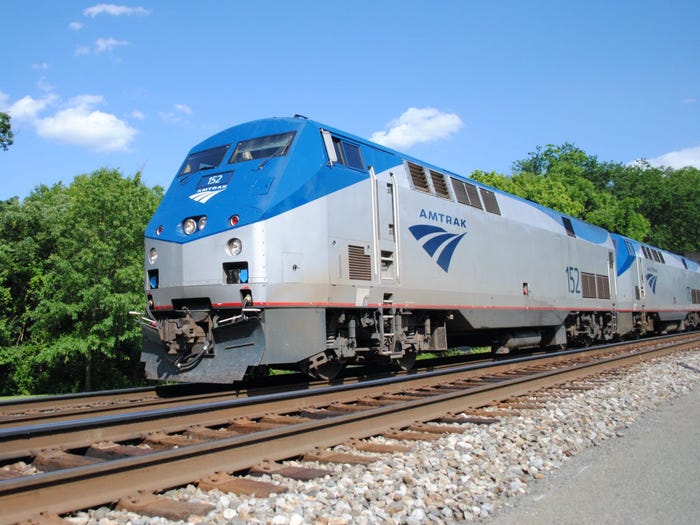 Amtrak has emerged as a popular mode of transportation during the pandemic, especially as fares have been discounted to encourage ridership. Taking the train is still longer than flying but there are new advantages to taking the slow route.

Continue Reading Here: Why I Want to Take an Amtrak Trip After Seeing Its Newly-Upgraded Trains

Dozens detained in federal prison awaiting trial following the Jan. 6 breach of the U.S. Capitol building are being subject to solitary confinement, lack of required medical care, and restricted access to defense counsel, according to two attorneys and the father of a defendant.

Of the close to 500 arrests made so far in connection with the Jan. 6 incident, lawyers John Pierce and Steven Metcalf II, who represent several of the defendants, told EpochTV’s “The Nation Speaks” that some detainees who are being held pre-trial face solitary confinement for 23 hours a day in conditions that are “unconstitutional” and violate “every single basic human right.”

Pierce explained that these individuals are being detained by federal judges under the 1984 Bail Reform Act, which, under certain circumstances, authorizes pre-trial detention if it is believed the individuals are a threat to the community or a flight risk.

“There are about 50 plus or minus that are being detained, that have been in prison for months and will likely remain in prison for many more months until their day in court,” said Pierce.Ned Lang, the father of a defendant who he said is receiving particularly harsh treatment, said that his son Jake is currently detained in a Washington, D.C. prison in an area called “the hole.”“

He [Jake] has no access to when Steve [his attorney] goes down and talks to him … he has no access to a private interview with an attorney. It’s like you’re in a third-world country, it’s unbelievable,” said Lang.

“From what he’s telling me and what I’m hearing, it’s solitary confinement 23 hours and one hour out a day, it’s horrible.”“These are Americans, we have individual rights, we have our Bill of Rights. This is inhumane treatment.”

Expanding on Jake’s treatment in detention, Metcalf charged that he is being denied his constitutional rights by having restricted access to defense counsel.“I’m being told the water is black—he has to filter the water through a sock in order to even drink water,” the lawyer said. “In addition to only going out one hour a day, there’s also the weekend where he doesn’t get out at all, and he’s not able to use a shower, get a shave for days on end.”

These conditions for pre-trial detainees, said Metcalf, are unusual.

Metcalf accused authorities of instilling a “level of fear” throughout all of the inmates, but added that it is unclear who is to blame for the conditions.“

Anything that they do, or if anybody speaks up on their behalf, all of a sudden, they get targeted even further and then get put into a dangerous, unsanitary condition,” the attorney said.

They have no idea what’s going on. NONE.What they do know only proves how gullible they are. They’re the people who let CNN,msnbc, ABC,CBS,NBC,the NY Times et al gaslight them. Unfortunately they’re too disinterested to research the truth. God help us.

Filmed in 1977 , this music video nearly became “dust in the wind” until it was restored from its failing 8mm format.

We have to get good people elected in 2022. It’s key to the success of Pres Trump in his next term. He’ll come with a wrecking ball the next time. Schumer and Pelosi are a real piece of work.

They stole the election from under our noses; the coup was a fait accompli. It’s hard to imagine they picked a candidate so ill and so obviously not up to the task though. Maybe that’s why they did pick him to install after the coup.Why he[they] picked Kamala as VP is beyond me. They couldn’t stand each other. Remember she called him racist at the debates. There was no love lost after that.

His VP pick might be because of his dementia or someone behind the scenes had their own reasons for her to be the VP. It’s hard to say what those reasons might be. If you were going to cheat and install a President wouldn’t you at least pick a better candidate than Joe?

It’s obvious they don’t care. One thing i will say for Joe. He’s easy for them to manipulate, but he’s a total embarrassment for our country and definitely not a plus for our national or economic security.

Yes, Pres Trump put together a fantastic trade and economic team. Bar none. He did darned good in foreign policy when the idiots weren’t in his way. They were probably too busy going after him.

Donald Trump did a lot of good things as President…a lot of great things. I bet ppl who didn’t like him personally, voted for him anyway because they knew he was good for the country-good for them. You know as well as i do that Joe did not get 81 million votes or more of the black vote than Obama. The latter is nonsense, the former is impossible.

The dominoes started to fall when General Flynn was let go. He was key to taking on the IC. He knew where the bodies were buried. He was the most dangerous man in DC. They had to get rid of him, to get their plan in motion to take out Trump.

They didn’t take him out though; not for lack of trying but they made darned sure he was out by 2020. He survived his whole first term. They were not about to make the same mistake twice. Remember, the coup was the phony election. Up to that point Trump had NOT failed. i am convinced if he had kept General Flynn on he might have had a better shot at taking on the IC community as Schumer put it.

Unfortunately Trump had an uncooperative legislature and corrupt media. too.He didn’t have to contend with just the rogue FBI,DOJ,State Dept, 5 eyes and a totally corrupt DNC.

He also had a group of Never Trumpers, the GOPe,weak kneed Republicans and some backstabbers in his own party. Pelosi had what looks to be like a personal vendetta against Trump. Maybe she wasn’t thrilled with power sharing?

I’m still amazed that President Trump accomplished as much as he did but he really needed a 2nd term and a co-operative legislature to solidify the MAGA agenda. They had to pull off a coup.

My husband isn’t into politics. He doesn’t watch the news. He has a limited idea of what’s going on but he knows enough. He voted Trump. He had a lot of respect for Trump. Still does. The one comment he’s made that’s stuck with me. He thinks the timing of the China virus was a little too convenient.

You can deal with a lot of problems as President. A virus like the coronavirus unleashed into a pandemic is a whole other animal. It’s an invisible enemy-a bioweapon you can’t take on with your military. Trump had our military take out Isis. If Obama/Biden would have had the will & foresight that Trump did they could have done it long before they ever set up the caliphate.

A bioweapon you don’t know is coming is a different battle, especially when you have someone like Fauci (and his whole cabal) lying to you and organizations like the WHO covering for the enemy.

Migken knows Trump had the guts. Her comment was spot on.

I had to share it. It’s exactly why he was [is] their target. Joe is like silly putty.

we can pray for the families in this tragedy. Life is so fragile. All we can do is be grateful for every day we are given.