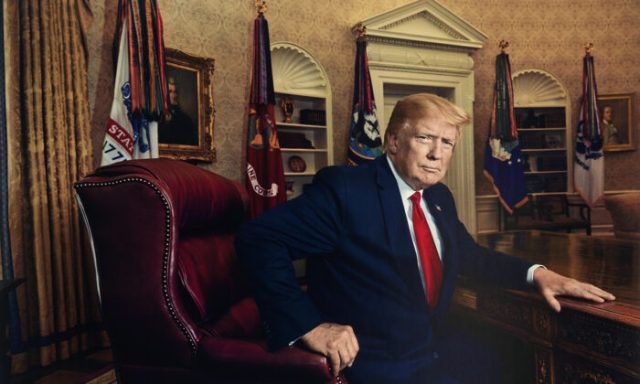 The portrait of former President Donald Trump that will hang in the National Portrait Gallery in Washington is a photograph taken by Pari Dukovic in 2019 at the White House.Trump is seen in the picture looking straight at the camera, seated in the chair behind the Resolute Desk in the Oval Office.The picture was taken on the day before Trump officially announced he would seek a second term, and as the Republican dealt with the COVID-19 pandemic.In the background can be seen flags reflecting the five branches of the armed forces, a portrait of former President Andrew Jackson, and a portrait of Founding Father Benjamin Franklin.

looks familiar doesn’t it? Great portrait, great President. If only his victory-our victory-hadn’t been stolen in 2020.