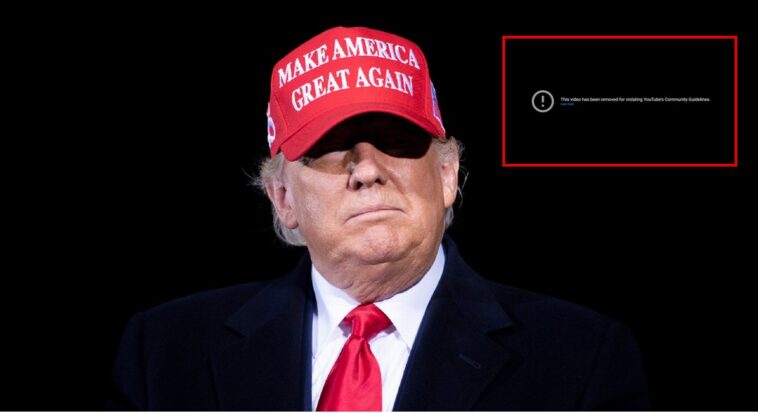 The reason for such an attitude is clear

Donald Trump has started to make waves again. He made a surprise appearance to well-wishers on President’s Day weekend, after it was reported that he considered the option to influence the California governor recall election, and even implied he could run for president in 2024.

It’s been a political resurfacing that must have demoralized Democrats and liberal media who thought their biggest rival had been subdued.Without a doubt, the Senate impeachment trial charade of now-citizen Donald Trump was strictly planned to unable him from running for president ever again.Yet, now that Trump has been cleared of charges, Democrats don’t have any mechanism to stop him from running. So, they start pulling off trivial, tributary, and symbolic dirty tricks, such as suggesting that presidents who are “twice-impeached” can’t be memorialized or even buried at Arlington National Cemetery.American leftists are now so ferocious they not only want to savage those who dare to withstand them in life, but they also want to destroy their memories after death.