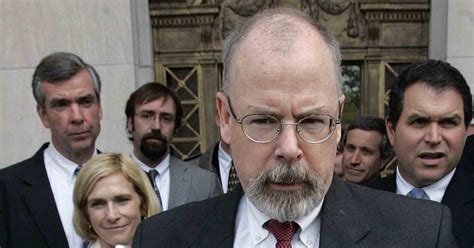 U.S. Attorney John Durham’s criminal inquiry into the Russia investigation is on track to release a report by the end of the summer, according to the Justice Department.Kerri Kupec, a top spokeswoman for the agency, told Fox News this week that a report is not “the goal” of the criminal investigation, but it will nevertheless “be really pivotal to the restoration of that one tiered system of justice.”The politically charged review, which shifted into a criminal investigation last fall, has been decried by Democrats as a scheme to damage President Trump’s rivals ahead of the 2020 election and hailed by Republicans who claim the Russia investigation was a partisan hit job.

“There is a story to be told there. The American people deserve resolution, and frankly, justice deserves resolution,”

Kupec declared.Attorney General William Barr said last month he anticipates “developments” in Durham’s investigation “hopefully before the end of the summer.” Kupec reinforced the notion that this was only a guess.“There are no guarantees in life, but we certainly hope to see one by the end of the summer. I think it’s important,” she said.As some Trump allies raise concerns about Durham’s work being buried by a Biden administration, should Trump lose in his reelection bid, Fox News anchor Bill Hemmer asked Kupec if she can at least guarantee some sort of announcement before the November election.“I will just tell you this. We are hopeful, and we expect to see a report by the end of the summer,” Kupec said.Advertisements