Earlier today, Director of National Intelligence John Ratcliffe, continuing the great work begun by acting DNI Richard Grenell, released a key document that is goes along with what we already know about the underlying information for the Russia Hoax investigation being a fraud from the start. The document is Annex A to the Intelligence Community Assessment. That assessment, you’ll recall, is the one that claimed that not only had the Russians interfered in the 2016 election, but they had done so with the express intent of helping the Trump campaign and hurting the Clinton campaign. Annex A was classified as it contained raw intelligence but both James Comey and Andrew McCabe pushed to have it included with the public assessment. Now we can see why.

BOOKS RELATED TO THE RUSSIAN CONSPIRACY HOAX: an attempted coup against the duly elected President of the United States by our own intelligence agencies with the co-operation and at the direction of the Obama/Biden Administration.

The annex to the 2017 intelligence community assessment on Russian election interference containing allegations from British ex-spy Christopher Steele’s dossier was declassified Thursday, revealing the U.S. government claimed to have “only limited corroboration” of the former MI6 agent’s claims.

The two-page annex, appended to the January 2017 conclusion by the FBI, CIA, and National Security Agency that the Kremlin interfered in the 2016 election to help then-candidate Donald Trump and hurt Hillary Clinton, was declassified by Director of National Intelligence John Ratcliffe and obtained by the Washington Examiner.

Both fired FBI Director James Comey and fired Deputy Director Andrew McCabe had unsuccessfully pushed to include Steele’s unverified research in the official public assessment, according to a Justice Department watchdog report.“

An FBI source using both identified and unidentified sub sources volunteered highly politically sensitive information from the summer to the full of 2016 on Russian influence efforts aimed at the U.S. presidential election,” the annex stated.

The annex was partly declassified through a Freedom of Information Act lawsuit in 2018, but the judgments about the dossier’s veracity haven’t been visible to the public until now

Steele put his research together at the behest of the opposition research firm Fusion GPS, funded by Hillary Clinton’s presidential campaign and the Democratic National Committee through the Perkins Coie law firm.

Declassified footnotes showed the FBI was aware that Steele’s dossier may have been compromised by Russian disinformation.The declassified annex did not mention Steele by name but described him as a “source” who “maintains and collects information from a layered network of identified and unidentified sub sources.”

“raised significant questions about the reliability of the Steele election reporting”

and cast doubt on some of its biggest claims.

Steele’s dossier claimed to have a source described as a “close associate of Trump” and attributed to him some of the more salacious and unsubstantiated allegations about Trump, including the claim about Trump and prostitutes at a hotel during the 2013 Miss Universe pageant in Moscow, as well as the assertion of a “well-developed conspiracy” between Trump and Russia.

No such conspiracy has been unearthed.The annex also noted that “the source’s reporting appears to have been acquired by multiple Western press organizations starting in October [2016].”

“The most politically-sensitive claims by the FBI source alleged a close relationship between the President-elect and the Kremlin,” the annex stated.

“The source claimed that the President-elect and his top campaign advisers knowingly worked with Russian officials to bolster his chances of beating Secretary Clinton; were fully knowledgeable of Russia’s direction of leaked Democratic emails; and were offered financial compensation from Moscow.”

Robert Mueller’s special counsel report, released in April 2019, said his investigation “identified numerous links between the Russian government and the Trump campaign” and that Russia interfered in a “sweeping and systematic fashion,” but the team “did not establish that members of the Trump campaign conspired or coordinated with the Russian government in its election interference activities.”

The annex stated that “the source collected this information on behalf of private clients.” It did not mention that those clients were the Clinton campaign and the Democratic National Committee.

The annex also noted that Steele’s dossier “claimed the Kremlin had cultivated the President-elect for at least five years, had fed him and his team intelligence about Secretary Clinton and other opponents for years, and agreed to use WikiLeaks in return for policy concessions by the President-elect — assuming he won the election — on NATO and Ukraine.”

Mueller and other investigators did not present any evidence showing these claims to be true.Steele provided the FBI with other information despite being “unable to vouch for … [its] sourcing and accuracy,” the annex added.

June.13: Some 7,766,625 people have been infected and 429,732 others have lost their lives worldwide since the respiratory disease caused by the coronavirus (COVID-19) emerged in China late last year: Out of the global caseload, some 3,698,227 people have recovered: The largest numbers of confirmed cases are reported in the United States, Brazil, and Russia. The highest numbers of fatalities have been registered in the US, the United Kingdom, and Brazil…………..Europe has been witnessing a rise in the number of people contracting the virus over the past couple of weeks, as lockdown measures have been relaxed in most of the countries across the continent………….Latin America, regarded as the new epicentre of the virus, has Brazil and Peru at the top of its list of countries with the highest cases:

Source: (WORLDWIDE) Coronavirus Report: Cases of infection with the new coronavirus have surpassed 7.76 million across the world, and the death toll is inching close to the 430,000 mark, according to Johns Hopkins University: Here is the latest updates on the #pandemic from around the globe: As lockdown measures are relaxed in may countries ? #AceHealthDesk report | Ace News Services

National Economic Council Chairman Larry Kudlow appears for a Sunday interview with CNN’s Jake Tapper on the topic of the economy, recovery and re-opening.  Tapper has to pretend not to know things, like how an extra $600/week (COVID unemployment) is a real disincentive for people to return to work. 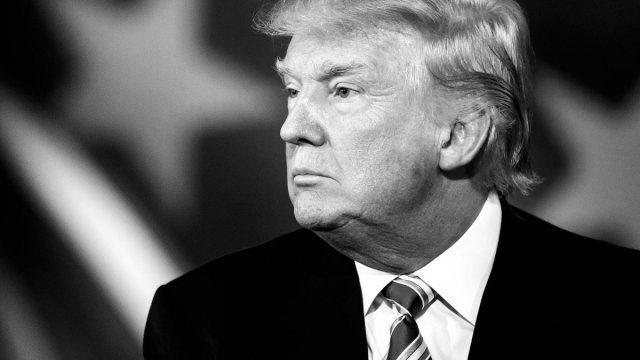 Anti-Trump liberals (i.e., Democrats and the media) just have to find something — anything — wrong with the president, even if it means making it up.The perpetually not-President Hillary Clinton on Monday shared a side-by-side photo of the White House, one lit up in a rainbow spectrum from 2015, when Barack Obama was in office, and the other appearing almost in pitch black with no lighting. “Elections matter,” tweeted Clinton.Former Obama adviser David Axelrod shared the same image of the darkened White House, calling it “perfect symbolism,” because, “if ever the country needed the occupant of the White House to shed light, and not heat, now is the time. Sadly, the lights are out.”Yet it turns out the photo passed off as a metaphor for Trump’s apathy toward police brutality and racism was actually, like the rainbow White House, from the Obama years.So pervasive was that meme on social media that the Associated Press was moved to fact-check and let liberals know that, sorry, the slam dunk on Trump was actually an embarrassing rebound.People even started saying Trump was “hiding in his bunker” and the lights went out — until a CNN reporter pointed out the main lights always go out at 11 p.m.It’s not as if this hasn’t happened before. Recall the images of “children in cages” that were all the rage heading into summer 2018, passed off as demonstrable proof that the Trump administration was taking a needlessly callous hard line in locking up illegal immigrants.

Continue Reading Here: The Lying about Donald Trump is Now Completely out of Control – Underground Newswire