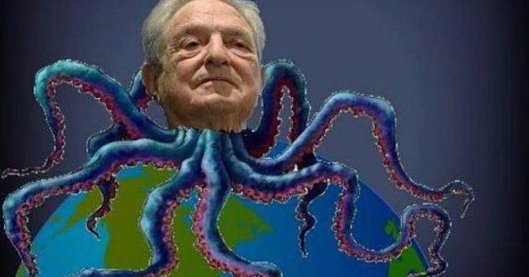 If any of you know what happened in Kiev, Ukraine in 2014, you understand that Soros overthrew the elected President of Ukraine and his cabinet. Trump has brought in the national guard to protect the White House.Soros took credit for the fall of Yanukovych:See this at GP

Yanukovych also brought out the guard. But even the guard could not stand against the ‘maidan’.  That is what the revolutionaries called themselves.  They set tires on fire, they used molotov cocktails, they stayed in white tents.  They obliterated Kiev.It is very possible that this whole ‘protest’ mess is completely manufactured to overthrow Trump, the elected President.Since the CoronaHoax didnt work..…Trump needs to give orders to arrest Soros and dispel ALL of these violent, radical agitators.

Source: Soros Is Trying To Overthrow #POTUS. Arrest Him & Dispel The Radicals | The Mad Jewess