My brother and his guns. 🙄 pic.twitter.com/lIUjzDzPvx

The greatest scandal in American history is going to be exposed now that John Durham’s probe has moved into a Criminal investigation.Most of us have been aware of Spygate for a couple years at least. We don’t know every detail yet,but we have a very good idea of what transpired during the 2016.I think we have MOST of it right but even we may be shocked by what we didn’t know. We follow all sorts of social media sites,we’ve read informative books and we’re not Trump haters [that helps]. I’m not so sure the rank and file Democrats all bought the narrative that Pres Trump was a Russian agent;but I’m also sure some of those people didn’t care if it was true or not as long as it got rid of Pres. Trump.

The people i feel badly for are the average viewers of the major cable news networks who are gaslit on a regular basis.The role of the press is to inform the American people and that is especially important in matters re politics and elections. I remember CNN from my 20’s and 30’s. You’d hear the booming voice of James Earl Jones and the brand that CNN was the most trusted name in news. At that time it I think they could honestly say that. Those days are over.When you see Wolf Blitzer raising a glass of champagne and celebrating a possible Hillary Clinton victory you KNOW it’s over.When all of the media is a hate Trump drum beat working hand in hand with the Democrat party that’s confirmation we’ve got propaganda,not news.

You can’t put ALL the blame on the media. As of today there is the power of social media and nobody is restricted to cable news anymore. There are plenty of outside sources to be informed by. If someone is ignorant of what is going on it could be a willfull ignorance. Those people may prefer having their biases confirmed  themselves, hoping Pres Trump will be removed from office one way or the other.In that case cable news is providing a service to them. It’s the rest of the viewers that get shortchanged when they are putting their trust in what they see and hear in the news.

What we are witnessing now is the greatest scandal in American history so cable news has the immense responsibility to get as much information as possible to the American people. It’s not as if nobody knew for the last 3 yrs that something was afoot. You had people like John Solomon,Sara Carter,Dan Bongino,the WP account of the Conservative Tree House,Mark Levin,Sean Hannity ,HA Goodman,Black Conservative Patriot & others(hope I didn’t miss anyone)doing the job the mainstream media wouldn’t do. If you have a site with good information please let me know and I’ll gladly add it to the list.

They  could tell that something didn’t pass the smell test with the Russia Collusion narrative. You would think the  major cable news networks would have some inkling trouble was afoot and be at least mildly curious. That’s what REAL journalism is about.

The story is going to be blown wide open soon. Still not curious? Think about it: We knew that the NSA database had very unusual activity Admiral John Rogers reported. You had the Trump transitional team when Pres Trump was still Pres elect Trump suddenly move from Trump Tower to a venue in New Jersey. You had Devin Nunes looking into information in a SCIF at the White House. Joseph Misfud vanished into thin air with some people even speculating he might be dead.There were some  left leaning publications that probably  accidentally stumbled onto strange goings on with the intel community. Little  breadcrumbs  were scattered in various publications.

The real journalists  picked them up. Cable News ignored them.Dan Bongino was able to piece together much of the story and write a whole book called Spygate,followed by Exonerated, the story behind the Mueller probe.Now that the IG report on FISA abuse is going to be released and Durham is doing a CRIMINAL investigation Mr Bongino is considering the possibility he could write a 3rd book.
Order Here(amazon affiliate program)

The worst part of what the Cable News Network did was not shoddy biased reporting-bad enough- but actively playing a role in the dissemination of false information(another word for that is LIE). They pushed the Russia Hoax for nearly 3 yrs-basically Pres Trump whole first term- in the hopes of getting Pres Trump out of office or damaging his presidency at the least.Now they’re trying to get him out with the Ukraine Hoax  in the last part of his first term. Pres Trump has spent his whole first term under investigation and still managed to accomplish most of his MAGA agenda.

From the IG report of Michael Horowitz:

FBI employees, at all levels of the organization and with no official reason to be in contact with the media, who were nevertheless in frequent contact with reporters,” according to the report by Inspector General Michael Horowitz.“The large number of FBI employees who were in contact with journalists during this time period impacted our ability to identify the sources of leaks.”

“We identified instances where FBI employees received tickets to sporting events from journalists, went on golfing outings with media representatives, were treated to drinks and meals after work by reporters, and were the guests of journalists at nonpublic social events,” the report found.

The bottom line is this:don’t let yourself be gas lighted by the media. When they put out fake stories hold them accountable.Better still, re-elect Pres Trump for 4 more years.Let’s get this swamp drained once and for all.Seriously,they should hang their heads in shame,continue to lose viewership or try to redeem themselves by giving the American people the story they need to hear and help us save our Republic.
My dad always said,”good policies make good politics”. Normally that’s true. What has happened  is not normal. It’s an attempted coup in the United States of America with the assistance of propaganda.The U.S.S.R. couldn’t compete with these people.I don’t think that’s an exaggeration. You will never hear the good things Pres Trump has done for the country from our state run media.
https://www.youtube.com/channel/UCDB5XReUyyqt-FTNdkzFN-A/
https://www.youtube.com/user/semajthethird/
https://www.youtube.com/user/DanBongino
https://saraacarter.com/
https://twitter.com/jsolomonReports
https://theconservativetreehouse.com/ 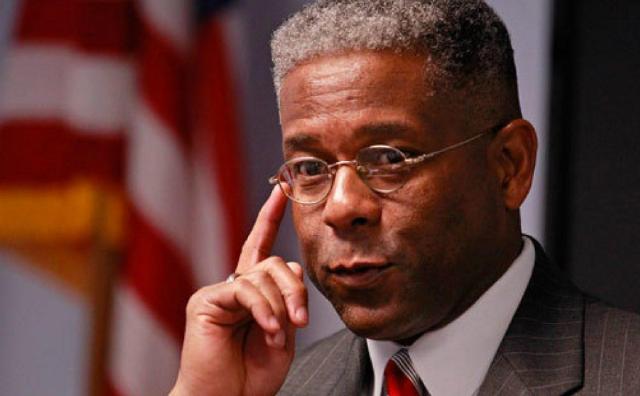 “Texas is the final frontier to save the rest of the country from socialism and despair.” – Lt. Col. Allen West

Source: Report: Lt. Colonel Allen West Has a Plan to Save Texas From Turning Blue

I'm honored to represent this great American hero and all Americans who want the Truth. Thank you! Please sign up for updates at https://t.co/173MnvRx0S

I need a volunteer to take $100 to this motel right now. We have a hungry young soldier.

RETWEET UNTIL THIS MISSION IS COMPLETE.

This is a temporary situation. Let’s send him off to serve knowing we care! https://t.co/5Tsjd03Rg8

Senator Lindsey Graham (R-SC) joined Sean Hannity on Tuesday night to discuss the resolution he is introducing in the US Senate condemning the illicit House impeachment probe of President Donald Trump.Graham argued his resolution will condemn any vote taken by the House Democrats as illegitimate and unconstitutional.Graham told Sean Hannity, “All I’m asking is give Donald Trump the same rights as Richard Nixon and Bill Clinton had when it comes to impeachment. And I’m insistent that Donald Trump be given the same rights every American has if he were given a parking ticket.”

Graham looked visibly shook in this appearance.The Senator is usually very upbeat and jovial .I thought he was on the verge of tears a few times as he was speaking with Fox host Sean Hannity. I have to admit the last 3 yr of our waiting for justice has taken a toll.Mostly on our patience. It was heartening that Graham put up the resolution and at this point he has at least 50 signatures,including the backing of Senate Majority Leader Mitch McConnell.The Republicans are actually starting to fight back. This is exactly what they need to do and they will have to sustain the fighting energy right up till next years 2020 election. I’ll grab the most recent list of Republicans  who have signed Graham’s resolution to keep you updated. One name in particular is missing. Take a guess whose.

The following Senators are REFUSING to join Lindsey Graham in ENDING Schiff's phony inquiry. CALL THEM! Urge them to join Senator Graham and the rest of their colleagues as co-sponsors!

https://platform.twitter.com/widgets.js
Good luck with Pierre. The other 2 almost always vote with the Democrats. They should have changed party’s years ago.The good news is that if they get a good challenger we can vote them out. 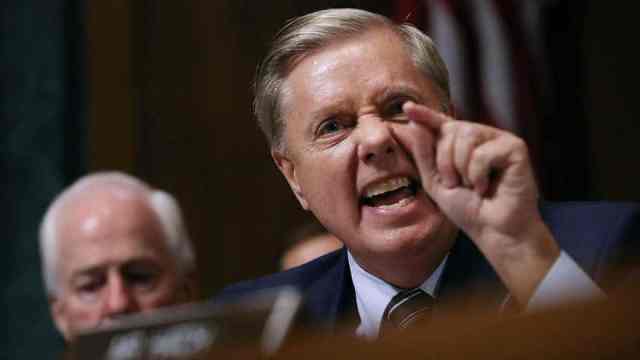 Senate Republicans -led by Lindsey Graham- will introduce new legislation Thursday officially condemning House Democrats’ impeachment inquiry against President Trump.“The South Carolina Republican, a close ally of President Donald Trump, has attacked Democrats for their handling of the impeachment process. His resolution — backed by Senate Majority Leader Mitch McConnell — criticizes the House for its ‘closed-door, illegitimate impeachment inquiry,’” reports Politico.“This is a kangaroo court and it will not stand,” Graham said this week. “I’ve got a resolution saying if you’re going to impeach the president give him the same rights that Richard Nixon had and that Bill Clinton had…what’s going on now is disgusting.”“The Graham resolution could put pressure on Republicans who have appeared open to considering the evidence in the House impeachment inquiry. But even Republicans who have declined to offer predictions on how the inquiry might end have attacked Democrats for how they’ve handled impeachment,” adds Politico.Graham exploded on the Democrats’ “sham” impeachment investigation Tuesday; telling reporters on Capitol Hill the whole process is completely “Un-American.”“This is a sham. This is a joke. I’m going to let the whole world know that if we were doing this to a Democratic president, you would be all over me right now… This is a lynching in every sense. This is un-American.”