A very strong storm system will still be passing its way through tonight into Friday, and it's packing a punch. Here's a look at some of the hazards you'll want to watch out for. pic.twitter.com/HXVeyFsEuA

Democrats in Washington have NEVER accepted the voters’ choice to make Donald Trump president. This impeachment is not only an attempt to undo the last election—it is an attempt to influence in the next one too.https://t.co/hy5RJcf5UM 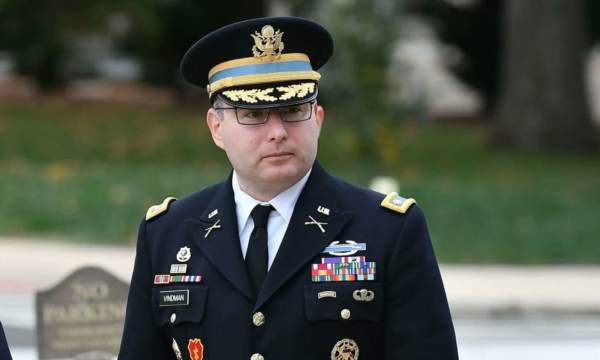 On October 28th, Colonel Alexander Vindman was the witness in Adam Schiff’s basement secret courtroom, and he showed up, decked out in full dress uniform, to testify on the President’s Ukrainian policy!Interestingly, questions began to immediately emerge, as National Security Council staff are not supposed to even wear their military uniform, but he did! Republicans began asking if it was staged for political theatre? Why was he violating protocol, to testify before a secret court? But in the coming hours, the questions only continued to pile up, as Vindman seemed to insinuate that even though the President is elected by the people to implement foreign policy, the National Security Council (NSC), of who he works for, didn’t approve of his policies, and determined themselves, that the President should be impeached, for violating the unelected bureaucrats (aka Deep State) operatives own personal beliefs and agenda!Then, as the questioning continued, Colonel Vindman even ADMITTED TO SHARING READ-OUTS OF PRESIDENT TRUMP’S CLASSIFIED CALL TO UKRAINIAN PRESIDENT ZELENSKY WITH SEVERAL OTHER PEOPLE!But it gets worse! When Republicans tried to question him, or even ask with who Vindman shared out that information with, Rep. Adam Schiff (D-CA) shut down the questioning, as the Democrats gave him the power to disallow all Republican questions or requests for witnesses!Fox News’ Catherine Herridge also noted that Colonel Vindman likely may have violated the federal leaking statute 18 USC 798 by leaking out the president’s classified call to others.To make matters worse, Colonel Vindman even admitted UNDER OATH that he had tampered with and tried to alter the transcript of President Trump’s call to the Ukrainian President, but failed! 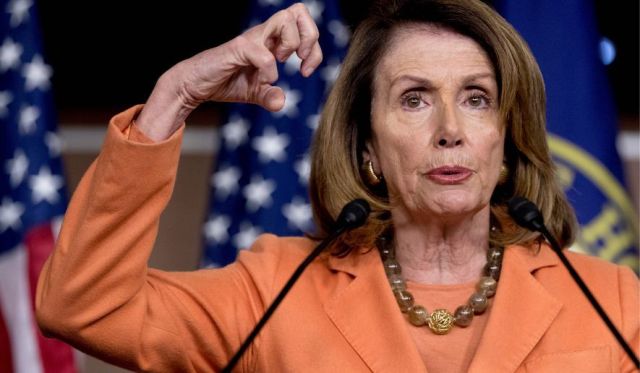 United States was founded upon a set of principles that would enable liberty and provide accountability in a way that was fair and in the spirit of the nation’s pulse. What America is witnessing is anything but fair, or even legitimate at all. The Democrats have perverted the intent of Constitutional law in favor of their legislative insecurities and unstable political bias.In short, they have weaponized one of the nation’s most sacred tools in a way the Founding Fathers never intended. While the Democrats disregard the rule of law, fabricate and propagate mistruths, and obstruct the spirit of the Constitution, America’s patriots are unimpressed. In fact, we are further resolved.The Democrats have already made up their mind but so have the People of the United States, something the Democrats in Congress and their credulous base underestimated in 2016 and continue to underestimate three years later. The same assumptions, the same slandering, the same attitude of unchecked power, and the same mentality of subjugating half of the country. Their absolute denial of 2016 has them again assuming our voice is somehow diminutive to their malicious intentions.I say this: Go ahead and impeach the President. Put on your Shakespearean theatrics for your base and be done with it. It changes nothing.

33-year-old Ciaramella is a registered Democrat, worked for Obama, worked for Biden, worked for CIA Director John Brennan, he’s a vocal critic of Trump and he helped initiate the ‘Russia collusion’ hoax investigation!Ciaramella’s identity was an open secret in the DC swamp, says Paul Sperry.Mr. Ciaramella is a CIA officer who specializes in Russia and Ukraine who was detailed to work in the National Security Council under Susan Rice in 2015.He was then moved into the West Wing in 2017 to ‘fill a vacancy’ where he was able to ‘see and read everything.’via BREAKING REPORT: Anti-Trump Whistleblower’s Identity Revealed – Worked for Susan Rice, Obama, Also Helped Initiate the Russia Collusion Hoax Investigation!

They have nothing, nothing impeachable and they know it. The Democratic Socialist……the Left have been trying to impeach Donald Trump from the moment he took oath of office. Started their planning process before that. This is The Insurance Policy! And guess what folks, the fact that We the People elected this President means absolutely nothing to them.All of this from a Whistleblower’s statement over a phone call to the Ukrainian President. This is a conspiracy scam, A COUP, unlike anything we have ever seen in this country.Trump is being impeached because he “may have” suggested another nation look into possible corruption. This is why the CORRUPT DEMOCRATS, THE CORRUPT ADAM SCHIFF, THE CORRUPT JERROD NADLER are manipulating a fraudulent impeachment “inquiry”.They must get Trump out of the White House before WE THE PEOPLE find out about THE CORRUPTION OF THE DEEP STATE, THE SWAMP.Remember Donald Trump said he was going to drain the SWAMP.Adam Schiff lies then covers up the truth by keeping it behind closed doors, only leaking what benefits him. This is our nations biggest SCUM BUCKET!We the People MUST start sending messages to D.C. NOW!

Source: arlin report thought of the day: all this from a corrupt whistleblower? | Arlin Report