Hurricane Dorian has intensified and slowed. The forecast track has shifted right (east) and now extends from Florida into Georgia, South Carolina and North Carolina.  After Dorian impacts the Bahamas the forecast path will be more certain; until then, prepare for worst and keep praying for a right turn where Dorian stays out in Atlantic.At 1100 AM EDT (1500 UTC), the distinct eye of Hurricane Dorian was located near latitude 26.0 North, longitude 73.4 West. Dorian is moving toward the west near 8 mph (13 km/h) and a slower westward motion should continue into early next week. On this track, the core of Dorian should move over the Atlantic well north of the southeastern and central Bahamas today, be near or over the northwestern Bahamas on Sunday, and move near the Florida east coast late Monday through Tuesday.

Chopper pressers are the best pressers. As the president departed the White House for Camp David, President Trump stops to deliver remarks on ongoing events to the assembled press pool.

Many Americans have tuned-out the mainstream media — in part because many news outlets show contempt for President Trump and his supporters, and because of the news outlets’ often egregious choice in guests, according to Mark Levin.”The vast majority of America has never heard of Jim Acosta or Brian Stelter or any of these other people — they don’t know who they are — but when they watch them, they don’t like them,” Levin claimed Wednesday on “Hannity.””They’ve turned off half of America. They treat half of America with utter contempt. … The days of Huntley-Brinkley and Howard K. Smith are long over. They bring in a porn actress hundreds of times, [Michael Avenatti] hundreds of times, and they bring on a neo-Nazi … to try to attack the president. 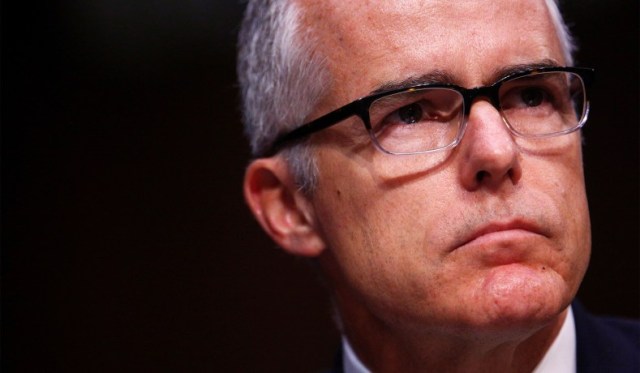 The former deputy director’s FBI coddled Clinton and addled Trump. Now he seeks clemency . . . even as he sues the Justice Department.Hillary Clinton checked every box for a violation of the Espionage Act.

So much so that, in giving her a pass, the FBI figured it better couch her conduct as “extremely careless,” rather than “grossly negligent.”

Here i disagree with McCarthy. He didn’t make a big enough stink about Comey’s verbal engineering.In this case,according to the law,intent is irrelevant. Besides,  being extremely careless means you were grossly negligent. She committed [felonius] acts that other people were nailed to the wall for and Comey made a call he had no authority to make. How goofy could it have been when the case against Hillary was dropped because Comey said so? He declared her innocent. Beats me why the Dems were angry with him. People already knew what Hillary did. He’s the person that saved her butt so she could run for President.

The latter description was stricken from an earlier draft of then-director James Comey’s remarks because it is, verbatim, the mental state the statute requires for a felony conviction.

It wouldn’t do to have an “exoneration” statement read like a felony indictment.In point of fact, the careless/negligent semantic game was a sideshow.

Mrs. Clinton’s unlawful storage and transmission of classified information had been patently willful.

In contemptuous violation of government standards, which she was bound not only to honor but to enforce as secretary of state, she systematically conducted her government business by private email, via a laughably unsecure homebrew server set-up.

Her Obama administration allies stress that it was not her purpose to harm national security, but that was beside the point. The crime was mishandling classified information, and she committed it.

And even if motive had mattered (it didn’t), her purpose was to conceal the interplay between her State Department and the Clinton Foundation, and to avoid generating a paper trail as she prepared to run for president.

No, that’s not as bad as trying to do national-security harm, but it’s condemnable all the same.While Clinton’s mishandling of classified information got all the attention, it was just the tip of the felony iceberg.

Thousands of the 33,000 emails she withheld and undertook to “bleach bit” into oblivion related to State Department business.

It is a felony to misappropriate even a single government record. The destruction of the emails, moreover, occurred after a House Committee investigating the Benghazi massacre issued subpoenas and preservation directives to Clinton’s State Department and Clinton herself.

If Andrew Weissmann and the rest of the Mueller probe pit-bulls had half as solid an obstruction case against Donald Trump, the president would by now have been impeached, removed, and indicted.

If you were Hillary Clinton, you skated. If you were Donald Trump, they were determined to dig until they found something — and, even when they failed to make a case, the digging never stopped . . . it just shifted to Capitol Hill. 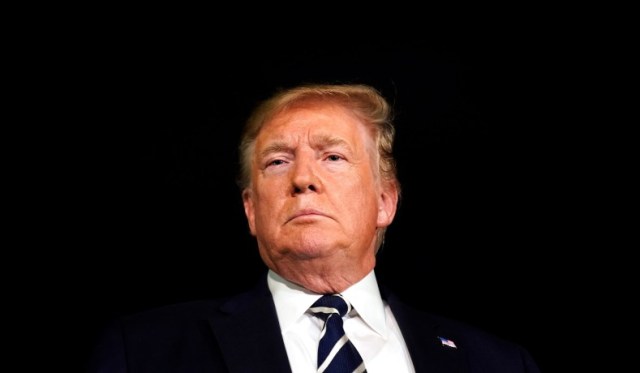 The IG report confirms it.Donald Trump was always the target.The point of the Russia investigation was to make a case against Donald Trump. Preferably, the case would drive him from office.

At a minimum, it would render him unelectable by the 2020 stretch run. The kind of case was less important than the objective: criminal prosecution or impeachment.

In accordance with the collusion narrative, the latter would mean trying to show that Trump was compromised by the Kremlin.That is the astonishing takeaway from Inspector General Michael Horowitz’s report on former FBI director James Comey’s handling of his memos.In truth, it’s not that astonishing.

It happens to be the theory of my new book, Ball of Collusion: The Plot to Rig an Election and Destroy a Presidency. Obviously, if a book can show that Donald Trump was in the FBI’s crosshairs all along, that fact had to have been knowable for some time.

Still, if you’re going to write a book about a mind-blowing theory, it is gratifying to have that theory confirmed — notwithstanding how alarming it may be for the state of our republic. 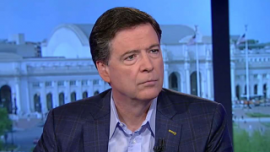 The inspector general’s report on ex-FBI Director James Comey showed President Trump didn’t obstruct justice as some critics claim but instead “freed” it, according to former Deputy Assistant Attorney General John Yoo.Yoo, who served in the George W. Bush administration, said Friday on “The Ingraham Angle” that by firing Comey, the president removed an individual from the FBI who had acted in his own interests.”I’m sad to say after I read the IG report Trump didn’t obstruct justice, Trump freed justice,” he said.

Fox news is not usually my ‘go to’ source for news but there are exceptions. Every now and then there is a segment worth ‘pressing’. John Yoo’s analysis fits the bill.