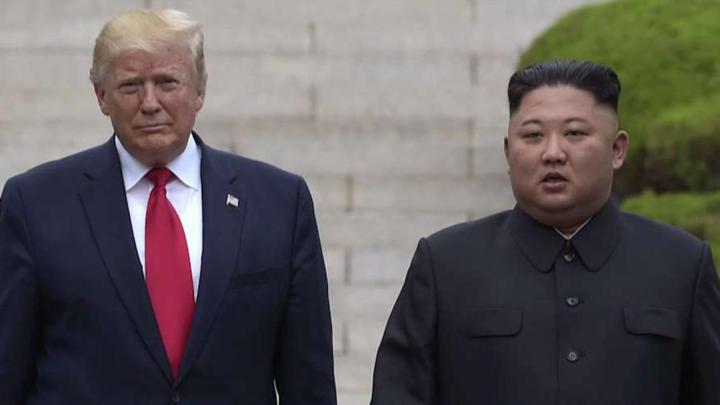 Fox News host Tucker Carlson witnessed the historic meeting between President Trump and North Korean dictator Kim Jong Un at the Demilitarized Zone (DMZ) on Sunday, and shared his thoughts on “Fox & Friends.”Carlson said Kim was “wheezing” in an unhealthy manner and sounded like an “emphysema” patient, whose health was rapidly deteriorating.”Our president met with the North Korean leader, basically, with relatively few people watching. They kind of almost, like a movie scene, met after walking toward one another — actually to the border. They shook hands … then both of them came back and kind of stood there, about three feet away from us and talked,” he said.CATCH TUCKER CARLSON’S FULL INTERVIEW WITH PRESIDENT TRUMP MONDAY ON ‘TUCKER CARLSON TONIGHT,’ 8 PM ET ON FOX NEWS CHANNEL