With the Summer Solstice upon us and the recent trip of Trump to England, the long-hidden and deep messages of Stonehenge can now be revealed. pic.twitter.com/cz7PZxOuju

There was a group of us who were working on having Herman Cain nominated at a brokered convention. Didn’t happen,obviously. I did vote for Mr Cain in our state primary because he was STILL on the ballot,even though he dropped out.
Mr Cain was a great candidate and the first non politican candidate to run for President in my lifetime,although,according to Wikipedia,

Unfortunately, Mr Cain did not survive the media smear that ensued and dropped out just as he was on his way up. To this day i believe he could have won had he stayed in and fought. He did what he thought was right.You have to respect him for that.
Now Mr Trump had the media smear machine hit him with the Billy Bush tape just as he was on his way up, but he stayed in the race. We stood by him & trust me,the media was floored.Evidently,we were supposed to drop him like a hot potato once the tape went public.

I’m not going to explain why we could still vote for the man after hearing the tape. We know why. If you don’t get it, my explanation is not going to help you understand it any better. Paul Ryan used the incident to attack Trump. Paul Ryan-as Speaker- would go on to be President Trump’s biggest obstacle in Congress.He would also end up being the back stabber we always knew he was. The good news is that Ryan left & the other back stabbers left with him. The bad news is that Ryan was there long enough to help the Republicans lose the House in the mid terms.Now President Trump is stuck with Pelosi and a Democrat majority. Thankfully they didn’t get the Senate.

Trump beat the liberal media complex. This does not mean they are going to quit the furious attacks against him. It does mean maybe,just maybe,he’s taking them down. We’re taking them down.Words to the wise;any Republican who thinks they can be chums with these people,keep their principles  and get a break, dream on. Now if you’re one Ana Navarro and you’re pretending to be a Republican you can get away with plenty. We’re not fooled.She’s hardly a Republican and she’s definitely out to destroy Pres Trump. She’s a part of the liberal media complex.They keep her because of her supposed Republican cred.

The question now  is what line of attack will they use next and which Democrat candidate are they going to back?

Let’s give credit to a fantastic group of people who have been covering spygate for the last 2 to nearly 3 yrs. Spygate was the most sinister and consequential attack on the President;perhaps on any President in American history. Those who covered it were Sara Carter,John Solomon,Greg Jarret,Dan Bongino,Paul Sperry,Sean Hannity,Tucker Carlson, the Last Refuge 2 at https://theconservativetreehouse.com/, HA Goodman,Black Conservative Patriot-if i’ve overlooked anyone please let me know!! We owe these people a huge debt of gratitude.[ I owe an apology to anyone i have unintentionally left out]. We also owe much gratitude to Admiral Mike Rogers without whom we might never have known and Devin Nunes who stepped forward to investigate when nobody else in Congress seemed particularly suspicious of strange goings on in the intelligence community.

So what attacks are the liberal media hacks going to use for 2020 to take down Trump, besides Russia and racism. I’ve been picking up a subtle message about the Democrat candidates being calm,especially in their characterization of Biden.You don’t get any ‘calmer’ than Joe. If the Democrat candidates are calm then President Trump must not be calm. They are going to try to get the American public to feel that the Trump presidency has been too dramatic. They are going to use that narrative to convince the American people what we need now is a calmer figure to lead the country. I have a few problems with their little plot.

Most of the drama surrounding the Trump presidency has been media driven. I’m not saying there hasn’t been any high drama associated with the Trump administration. Sometimes it goes with the territory. The President does not control all events.

However,I’m going to posit the opposite here anyway. What we need is a leader willing to take on the status quo. We can’t afford to go along just to get along. It is not beneficial to the United States.It’s how we ended up with massive trade deficits, manufacturing closures, job loss and the border crisis.That’s just for starters. We needed a fighter who didn’t give a rip about the liberal media and wanted results that benefited our country and its citizens.We needed someone to take on the Deep State and the DC Swamp.
I don’t think any of us know yet how deep it really goes but i think we are going to find out soon enough.

I honestly don’t know how  President Trump  has accomplished as much as he has,given the conditions he’s had to govern under,especially the Russia Hoax, the subsequent Mueller investigation,  the asinine Never Trumpers in Congress and the media arm of the Democrat party. Keep in mind the IG report where we learned that some in the FBI and the media were directly working with each other to destroy Trump.

The Department of Justice inspector general identified a number of instances where FBI employees regularly spoke with members of the media and received a number of free perks from journalists including meals and tickets to various events.

On page XII in the report, the IG says the department “identified numerous FBI employees, at all levels of the organization and with no official reason to be in contact with the media, who were nevertheless in frequent contact with reporters.”

The IG expressed “profound concerns about the volume and extent of unauthorized media contacts by FBI personnel that we have uncovered our review.”

The contact between FBI agents and the media extended to receiving “improperly receiving benefits from reporters, including tickets to sporting events, golfing outings, drinks and meals, and admittance to nonpublic social events….the IG implies that such benefits could have encouraged various agents to leak information to the press.

According to charts provided in the IG report, one reporter had contact with 12 FBI officials, including an FBI executive and unit chief.

Another reporter contacted an assistant director 21 times and a special agent 23 times, according to the IG. Some FBI employees were in contact with multiple reporters, with one special agent contacting various journalists 32 times.

The other gaslighting technique that the media tried in 2016 was voter suppression by using fake polls.There’s 2 possibilities; they either had it horribly wrong and didn’t know what hit them OR they were deliberately trying to make it seem like Trump was losing and there wasn’t any use in our voting. Keep in mind that the latter is self fulfilling prophecy. They get you to stay home thinking all is lost so why bother and of course all IS lost because you didn’t vote.I would caution against being overly confident too. Hillary believed she had it in the bag. Where is she now? Never get either idea; all you have to remember is that polls don’t count,votes do.

Bottom line-GET OUT THE VOTE!!

I believe that if Andrew were still with us he would have loved to have seen Donald Trump get elected President. I even believe that he was the one Andrew was waiting for.

(Matrix fans will get it) 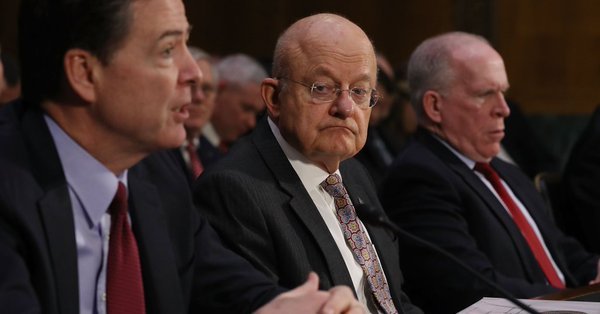 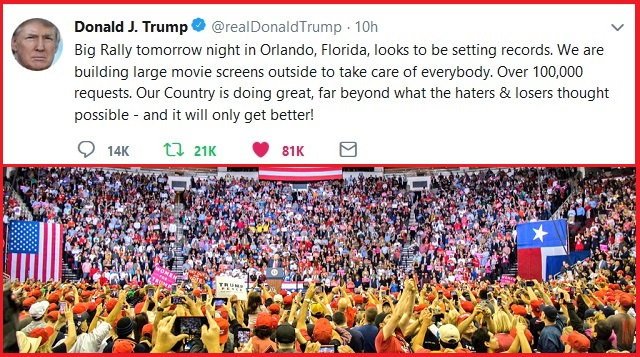 President Trump will be officially kicking off his 2020 re-election bid tomorrow night in Orlando, Florida, at the Amway center.  While the MAGA rally is scheduled to begin at 8:00pm ET, campaign organizers have had such an overwhelming demand for attendance, they have turned the entire day into a MAGA festival called: “The 45 Fest”.

Source: Trump Supporters Camping Out Ahead of Massive Orlando MAGA Rally and Festival… | The Last Refuge