Attorney General Bill Barr has vowed to get to the bottom of the surveillance and spy operations conducted against the Trump campaign -and Trump administration- in 2015, 2016, 2017 and 2018. Barr is now a threat to the system.

Rep Ilahn Omar from Minnesota finally made her first comments about Israel being under fire throughout the past couple of days.Instead of focusing on the countless videos of Israel being under fire she chooses to focus on one video that is 3 or 4 years old and point out that the story is not real.Still no mention of the actual attacks and Hamas being responsible for them. If we can not even name the enemy how are they suppose to be defeated?

IMHO: Send her back to the refugee camp she came from. She definitely does not belong in Congress; at the least NOT on the foreign intel committee. I personally don’t believe she even belongs in our country.Sorry,but i have no sympathy for her.

The Church in Syria is suffering from the “bleeding wound” of emigration.The number of Christians in Aleppo, Syria, fell dramatically during the civil war, from 180,000 before the war to 32,000 today.Maronite Archbishop Joseph Tobji of Aleppo is the shepherd of a small community of about 400 families. He recently spoke with Aid to the Church in Need.

Continue Reading Here: What has happened to the Christians in Syria?

#AceNewsReport – May.05: World Nuclear News (a publication of the World Nuclear Association): The achievement is seen as a step towards potential use of americium in so-called space batteries, which may mean future space missions can be powered for up to 400 years: Americium is an element not found in nature, but which is produced by the radioactive decay of plutonium — which itself is produced during the operation of nuclear reactors.

Source: (LONDON) The UK’s National Nuclear Laboratory (NNL) and University of Leicester have generated usable electricity from the chemical element americium in what it believes to be a global first allowing a step towards using batteries to power space missions for longer periods according to a report by NNL team #AceNewsDesk reports | Ace News Services 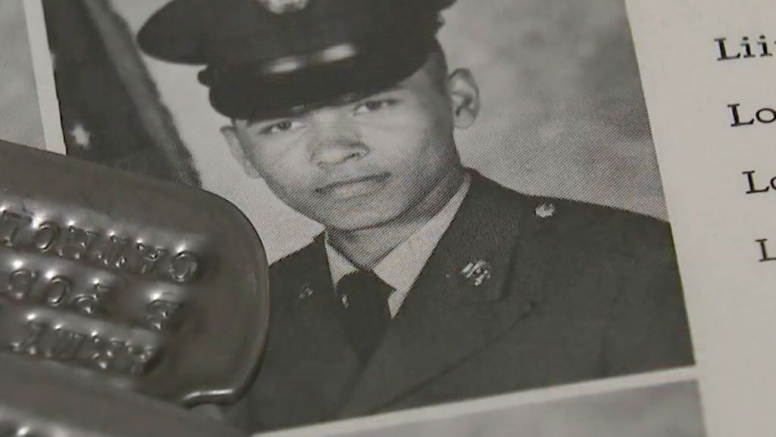 #AceNewsReport – May.05: The tags were misplaced right after the injury that earned him a Purple Heart and other medals.The Brooklyn native was protecting his lieutenant. As they crouched down, an enemy bullet pierced his foot. He still has the boot.“The bullet went in the bottom of my foot and out the top,” said Lospenuso.

#AceNewsReport – May.05: Police in New Jersey are trying to determine where a man suffering multiple stab wounds was wounded before he stumbled into a White Castle restaurant and was helped by store employees.On Saturday around 12:30 a.m., police responded to the restaurant on Main Avenue in Clifton and found a 34-year-old Passaic man in need of medical attention: He was taken to Saint Joseph’s Regional Medical Center in Paterson and was listed in critical condition.Anyone with information is urged to contact prosecutors at 1-877-370-PCPO or tips@passaiccountynj.org, or call the Clifton Police Department at 973-470-5900.

Source: (CLIFTON, N.J.) JUST IN: Police trying to determine the identity of a man suffering life threatening stab wounds who stumbled into a ‘ White Castle Restaurant ‘ on Saturday around 12:30: am: Anyone with information is urged to contact prosecutors at 1-877-370-PCPO #AceNewsDesk reports | Ace News Services

Sir Ronald Henry Amherst Storrs (1881 – 1955) was a British administrator who served the British Empire in Egypt, Palestine, Cyprus, and Northern Rhodesia. In Egypt, he worked at the Finance Ministry of the Egyptian Government in 1904, and in 1909 he became Oriental Secretary to the British Agency, a position he held until 1917, when he moved to Jerusalem to become its Military Governor.

Storrs was a devout Anglican, and he came from a family closely connected with the Anglican Church: his father was John Storrs, the Dean of Rochester (1845 – 1928). One of his brothers was the Rt. Rev. Christopher Evelyn Storrs (1896 – 1978), an Anglican bishop, while one of sisters, Monica Melanie Storrs (1888 – 1967), became a missionary in the Peace River area of Canada.

In the Middle East, he came in touch…

After more than FIVE HUNDRED rockets were fired by Hamas terrorists at Israel, KILLING 4, not a single Democratic candidate for president has issued a statement or said a word on it.

If, Heaven forbid, one of these 2nd Amendment deniers were to win the White House in 2020, he or she would strip this sacred right from us without hesitation.

This is the man I voted for… if you don't have chills after watching this then you don't get it & you never will.

"No challege can match the heart & fight & spirit of America." pic.twitter.com/uoZLuAiAhZ