I heard someone give a succinct explanation of how we can compare George H. W. Bush’s presidency with that of @realDonaldTrump : “Sometimes we need Mother Teresa. Sometimes we need Dirty Harry”

Nearly 40% of the Detroit population lives below the poverty line.

Detroit has the third highest murder rate of any city in the United States.

Detroit has been run by Democrats for the last 53 years.#BLEXIT

Because President Donald Trump has again pulled the rug out from under them, House Republicans face Mission Impossible on Friday when they try to hold ex-FBI Director James Comey accountable for his highly dubious authorization of surveillance on erstwhile Trump campaign adviser Carter Page.

Comey let go his unprecedented legal maneuver to have a court quash a subpoena for him to appear behind closed doors before the Republican-led House Judiciary Committee until the Democrats take over the committee in January.

The current committee chair, Rep. Bob Goodlatte (R-VA), decried Comey’s use of “baseless litigation” in an “attempt to run out the clock on this Congress.”The Judiciary Committee has jurisdiction over the Foreign Intelligence Surveillance Act (FISA); so the still secret FISA application “justifying” surveillance of Page is almost sure to come up.

Comey had wanted a public hearing so he could pull the ruse of refusing to respond because his answers would be classified. He has now agreed to a closed-door meeting on Friday, with a transcript, likely to be redacted, to appear a few days later

.In an interview with The New York Post last Wednesday, Trump acknowledged that he could declassify Comey’s damning Foreign Intelligence Surveillance Act warrant request to show how devastating those pages likely are, but said he would not do so “until they were needed,” namely, if a Democratic House starts going after him.

“If they go down the presidential harassment track, if they want go and harass the president and the administration, I think that would be the best thing that would happen to me. I’m a counter-puncher and I will hit them so hard they’d never been hit like that,” Trump told the paper.

He added: “It’s much more powerful if I do it then, because if we had done it already, it would already be yesterday’s news.”But they are needed before Comey’s hearing on Friday. Barely a week will remain before Congress adjourns.

This is not the first time Trump has flinched. On September 17 he ordered “immediate declassification” of Russia-gate documents, including FISA-related material. Four days later he backed down, explaining that he would leave it to the Justice Department’s inspector general to review the material, rather than release it publicly.

What exactly is in the FISA application, and why had House Intelligence Committee chair Devin Nunes, for example, kept pleading with Trump to declassify it?

In July Nunes expressed hedged confidence “that once the American people see these 20 pages, at least for those that will get real reporting on this issue, they will be shocked by what’s in that FISA application” to surveil Page, a U.S. citizen.Oddly, Trump echoed Nunes, telling The New York Post that, were he to declassify FISA warrant applications and other documents, all would “see how devastating those pages are.”

But Trump blamed his reluctance to declassify on one of his lawyers, Emmet Flood, who thought it would be better politically to wait. “He didn’t want me to do it yet, because I can save it. … I think [eventual release] might help my campaign.”

So Nunes et al. find themselves thrown under the bus, again.Worse still, according to Comey’s attorney, the “accommodation” worked out with House Judiciary Committee includes a proviso that a representative of the FBI will be present on Friday to advise on any issues of confidentiality and legal privilege.

The committee undertook to publish a transcript very quickly. Do not be surprised to see many Peter-Strzok-type responses: “I would really like to answer that question, but the FBI won’t let me.”Afraid?In an insightful posting, David Stockman, budget director for President Ronald Reagan, was puzzled about why Trump doesn’t seem to get what’s going on.

I think, rather, that Trump does get it, and that Stockman’s puzzlement may be due mostly to his specific experience as budget director. In that role, Stockman did not have to pay much heed to the Deep State, so long as he did not demur about the obscenely excessive budgets automatically given to the FBI, DOJ, CIA, NSA, and the Pentagon.

The only remaining FBI counterintelligence official at the center of all spygate and Clinton investigation issues is departing.

Continue Reading Here: And Then There Was None – Bill Priestap Resigns… | The Last Refuge

#AceNewsReport – Dec.05: A Spanish regional court on Wednesday confirmed a controversial ruling that cleared five men of gang-raping a young woman during Pamplona’s San Fermin festival in the…

On Monday, Vice President Michael R. Pence delivered the eulogy for President George Herbert Walker Bush presently lying in state in the rotunda of the U.S. Capitol in Washington, DC,

Source: They Really Do Want You Disarmed | Gds44’s Blog 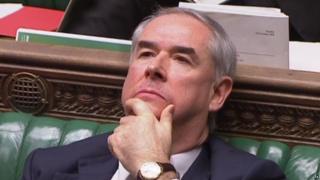 (LONDON) #Brexit Latest: Are we there yet? Three defeats on proposals against a woman who VOTED TO REMAIN in the EU and then said #Brexit Means Brexit BUT NOT Leave Means Leave if you WANT to WIN the War YOU First Have to Lose the Battle and have many people to Blame … So MPs approve amendment which aims to give Commons greater say should #Brexit deal be defeated in vote on 11 December #AceNewsDesk reports

Continue Reading Here: (LONDON) #Brexit Latest: Are we there yet? Three defeats on proposals against a woman who VOTED TO REMAIN in the EU and then said #Brexit Means Brexit BUT NOT Leave Means Leave if you WANT to WIN the War YOU First Have to Lose the Battle and have many people to Blame … So MPs approve amendment which aims to give Commons greater say should #Brexit deal be defeated in vote on 11 December #AceNewsDesk reports | Ace News Services