Years back, I was a staunch gun control advocate. Last week, I joined the NRA and the Gun Owners of America, and I’m looking to join more Second Amendment advocacy groups. How did this evolution take place?In 2014, I wrote articles for “The Huffington Post” titled “If ISIS Had Committed the 11 School Shootings Since Sandy Hook, Congress Would Have Declared War” and “What Gun Advocates Should Remember: You’ll Never Overthrow The Government and It Isn’t Scared of You.“

Rebuttals from numerous publications resulted from the latter piece, especially since it highlighted my disdain (at the time) for gun owners. “The American Conservative” published a 2017 piece by Grayson Quay titled “The Left Has the Stronger Case for Gun Ownership,” explaining my tunnel vision:

“The article, written by H. A. Goodman, contains some truly puzzling arguments about how the failure of the Whisky Rebellion proves the impossibility of a successful uprising … Since he never mentions it, I can only assume Mr. Goodman hasn’t heard of the successful American Revolution, which just a few years earlier had succeeded in throwing off British rule and establishing the very nation against which the Whisky rebels revolted.”Interestingly, it took me until 2018 to realize that Mr. Quay was correct about the benefits of an armed populace.

After witnessing the union of the Democratic Party and former spy chiefs James Clapper, James Comey and John Brennan, I slowly realized my trust in the federal government had been naive. Of course, I’d never advocate an armed rebellion, but the fact 37 percent of American families own some type of firearm ensures that unelected officials think twice about the extent of their schemes.

If intelligence chiefs like Brennan and Clapper can lie under oath without perjury charges, or James Comey can overlook Clinton’s private server (storing SAP intelligence) because of “intent,” imagine the extent of their chicanery with a disarmed population.The Second Amendment isn’t necessarily a call to arms — it’s an inconvenient reality for unelected officials who continually act with impunity and without government oversight.As for mass shootings, the propaganda of the Left will not save lives.

Dianne Feinstein admitted that no legislation could have prevented the Vegas shooting. The FBI botched the Charleston massacre and according to The New York Times, “Dylann Roof, 21, was allowed to buy the .45-caliber handgun because of mistakes by F.B.I. agents.” The FBI knew about the recent Florida shooter before he killed 17 people. The FBI also knew about the Orlando Pulse shooter years before he murdered 49 human beings.

As for the Virginia Tech shooter who killed 32 people, he roamed the university for 15 minutes using a .22 and a 9 millimeter; two smaller caliber handguns that have never been the targets of a ban by liberals.Without an armed guard or officer protecting schools, in the manner armed security protects a synagogue in Los Angeles I’ve attended during Jewish holidays, active shooters don’t need powerful firearms.

Adam Lanza used 11 minutes to murder 27 people, including 18 children and didn’t need an AR-15 style rifle. Eleven minutes is enough time to reload the same handguns used during the Virginia Tech shooting that killed 32 people. The NRA is correct; schools need armed guards, like the heroic resource officers in Illinois and Florida, who prevented massacres and stopped armed killers before they reached innocent lives.I joined the NRA and Gun Owners of America because the groupthink that I once spewed hurts law-abiding citizens and does nothing to prevent the next deranged copycat criminal.

I now have a firearms channel on YouTube promoting the Second Amendment safely and responsibly; something I never imagined in 2014.Since a 2008 study showed that 80 percent of crimes are committed with illegally obtained guns, “gun control” is a euphemism that won’t stop deranged people intent on killing. It took me a while, but I realize now that murders aren’t stopped by controlling an inanimate object. They’re stopped by heroic people like Dixon Police Officer Mark Dallas and Deputy Jim Long, and the many others who prevented active shooters from reaching potential victims.H.A. Goodman is the author of “But Her Top Secret Emails” and “Debunking The Trump Russia Myth.”

Source: Why I Joined the NRA After Writing Gun Control Articles | The Daily Caller

John Solomon Bombshell: At Least 6 Deep State Operatives Attempted to Infiltrate Trump Camp During 2016 Election by Jim Hoft December 2, 2018 John Solomon dropped another bombshell Friday on the historic Obama Spygate scandal.According to Solomon, there were at least six different Deep State operatives who attempted to infiltrate and set up the Trump campaign during the 2016 election.Recent documents also revealed the Obama deep state operatives contacted Trump campaign officials in Great Britain prior to the launch of any FBI investigation.On Friday night John Solomon teased his latest breaking report on Hannity. Solomon said at least six operatives were used by the Deep State to infiltrate the Trump campaign. The operatives were sent out BEFORE the official FBI investigation of Trump was launched in July 2016.

← G20 Bilat #4 – President Trump Talks to Chancellor Merkel…Yellow Vest Riots in France Continue – President Emmanuel Macron Under Siege… →The FBI Raided My Sister’s House….Posted on December 1, 2018 by sundanceThere are two known FBI whistleblowers; both tangentially connected to the FBI handling of Clinton matters. The first is William D Campbell, the whistleblower client of Victoria Toensing who has given testimony about Uranium-one (Clinton/Mueller) to the HPSCI and Senate Judiciry Committees. [More Here]The second is the more recently known FBI whistleblower, Dennis Cain, who gave documents to DOJ/FBI Inspector General Michael Horowitz that were passed on to the HPSCI (House) and SSCI (Senate). [More Here]In this video the sister-in-law of Dennis Cain, Gracie West, describes recent events..Notably at the 2:23 point, Ms. West communicates her understanding that the FBI personnel who raided the home of Mr. Cain were unaware of his confirmed and protected whistleblower status. If accurate, that’s very interesting.If the FBI officials lack of knowledge is factually true (an assumption) the question(s) would be:Who authorized the raid; and what was the precept for it?Additionally, why wouldn’t they know of Mr. Cain’s whistleblower status?We already know the Senate Intelligence Committee is at significant risk and entirely tied-up in the matrix of a weaponized intelligence apparatus. As a result of the SSCI participating in all of the unlawful ‘spygate’ and ‘insurance policy’ events, the SSCI is compromised. [Summary Reminder Here] Did members within the SSCI share knowledge of Mr. Cain’s activity with their corrupt, and similarly at risk, allies in the DOJ and FBI? Was that the predicate for the raid?

From a reader…QUAERITUR: Why should a Protestant like me convert and join the Catholic church, given the current corruption that appears to reach all the way to the top? (This is not an idle question. I was ready to call a priest and learn more, just before the recent scandal broke.) 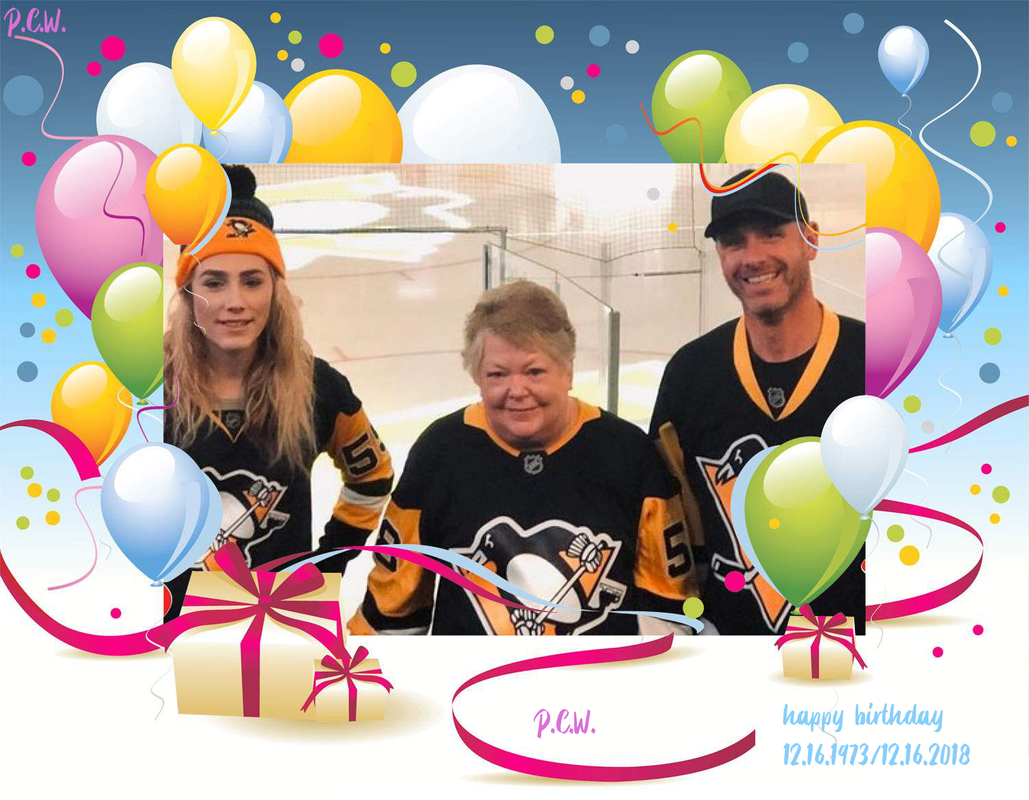 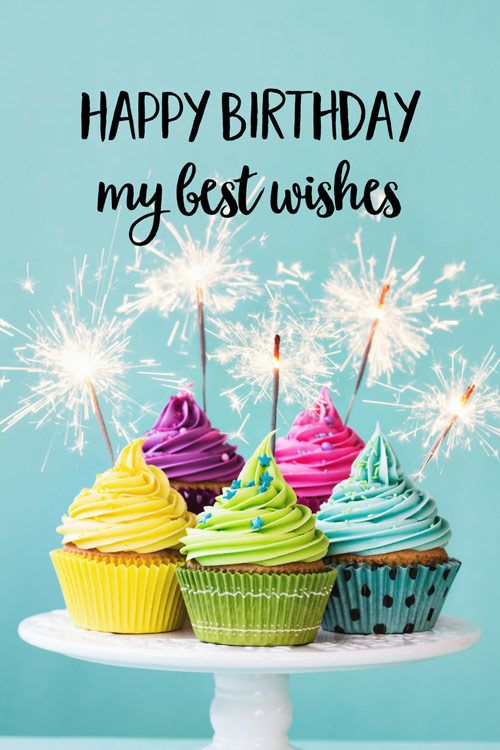 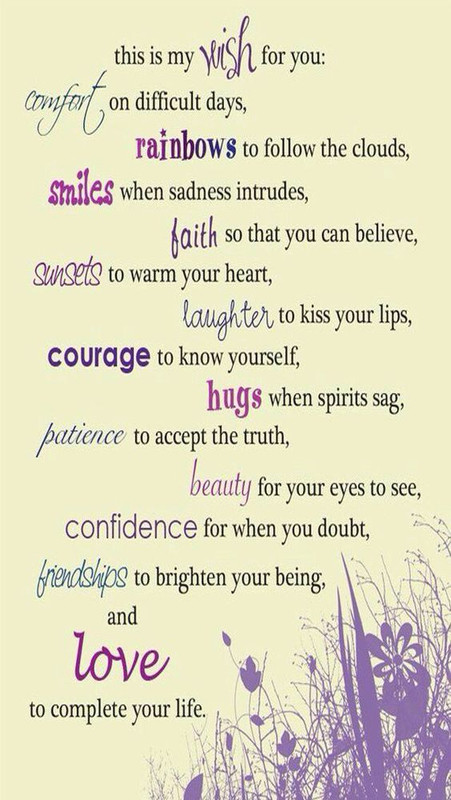 nothing more,nothing less. Just a wish.No return required and none necessary!I’m fine. Life is good 🤗 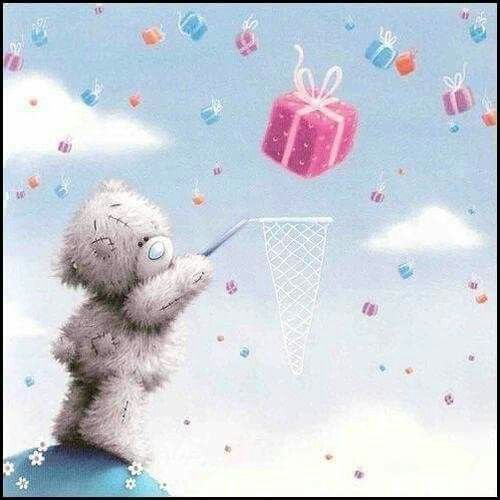 To define and protect the institution of marriage. <>

Be it enacted by the Senate and House of Representatives of the
United States of America in Congress assembled, <>

This Act may be cited as the “Defense of Marriage Act”.

SEC. 2. POWERS RESERVED TO THE STATES.

(a) In General.–Chapter 115 of title 28, United States Code, is
amended by adding after section 1738B the following:

“No State, territory, or possession of the United States, or Indian
tribe, shall be required to give effect to any public act, record, or
judicial proceeding of any other State, territory, possession, or tribe
respecting a relationship between persons of the same sex that is
treated as a marriage under the laws of such other State, territory,
possession, or tribe, or a right or claim arising from such
relationship.”.
(b) Clerical Amendment.–The table of sections at the beginning of
chapter 115 of title 28, United States Code, is amended by inserting
after the item relating to section 1738B the following new item:

“1738C. Certain acts, records, and proceedings and the effect
thereof.”.

(a) In General.–Chapter 1 of title 1, United States Code, is
amended by adding at the end the following:

“In determining the meaning of any Act of Congress, or of any
ruling, regulation, or interpretation of the various administrative
bureaus and agencies of the United States, the word `marriage’ means
only a legal union between one man and one woman as husband and wife,
and the word `spouse’ refers only to a person of the opposite sex who is
a husband or a wife.”.

(b) Clerical Amendment.–The table of sections at the beginning of
chapter 1 of title 1, United States Code, is amended by inserting after
the item relating to section 6 the following new item:

This bill was enacted after being signed by President William J. “Bill” Clinton on September 21, 1996. 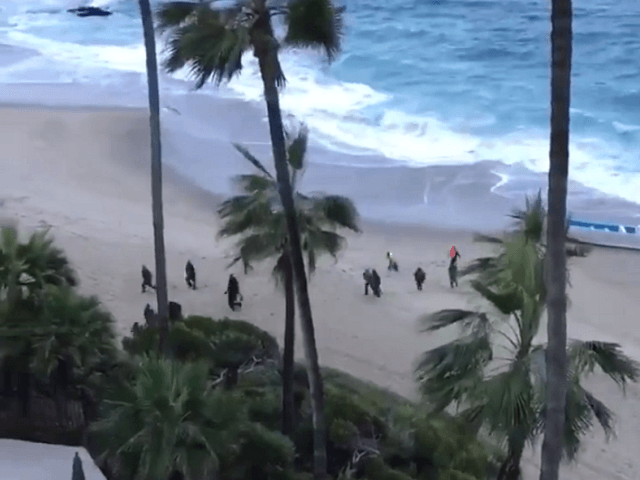 Residents of a California beach community witnessed a surprising incident as a small boat packed with illegal aliens made landfall. The migrants made their way to the beach resort located about 100 miles from the Mexican border in a small panga boat.Officials with the Laguna Beach Police Department tweeted a video showing the boat making landfall early Thursday morning and 13 illegal aliens running on shore. Police say that U.S. Border Patrol agents responded quickly and took custody of seven of the migrants and two suspected human smugglers who were allegedly waiting to pick up the migrants, the Orange County Register reported.

A weak circulation of ocean waters in the North Atlantic could signify that a mini ice age is just around the corner.  Scientists have discovered the weakening currents look similar to those that happened right before the Little Ice Age, a cold spell observed between about 1600 and 1850 AD.