Control in every aspect of your life is what they want!

Haven’t you noticed everything the Dems touch they destroy..@DineshDSouza Nailed it!! pic.twitter.com/csoOIblJDt

"Even if abortion were made easy painless for everyone, it wouldn't change the bottom-line problem that ABORTION KILLS CHILDREN."
~ Randy Alcorn

According to documents from the the Vietnam War, scientists observed an enormous solar storm about 15 hours before the mines detonated.

Source: Chile’s Mysterious Hand In The Desert | The Weather Channel

See where she says she spent the day advising these mob participants to “Know your rights.” Coaching them.. cheating Americans.

Where is this organization based… California. pic.twitter.com/meOyXzSzv4 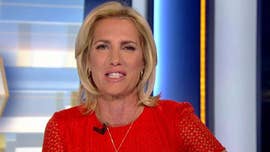 If you have caught any news about the border crisis in the last 24 hours, you have been subjected to a disgusting and blatant attempt at emotional manipulation.Now, at a time when we actually need something called real reporting, instead, we get comments like this from MSNBC host Nicole Wallace,“Look at the photo. See for yourself. That group includes men, women, and several children, some of them trying to cross after being denied access to the port of entry where they could legally claim asylum.”That’s it, it’s the one photo.

On Sunday, in a brazen act of lawlessness, scores of migrants attempted to rush the border, and they placed our agents, our sovereignty, in peril. Border patrol had two choices. Let them over on the U.S. border like what they did to Mexico or Guatemala or use non-lethal tear gas to repel the crowd.Now, these are the only images the media are circulating — women and children who appear to be running for their lives.

And remember, Donald Trump didn’t create this crisis.His foremost responsibility as president is safeguarding the nation, which is what he’s doing.Reporters who are either lazy or agenda-driven are using their own toxic agents to blur the eyes of the public on this critical issue.Now, this is what really happened on Sunday.

Here’s Brandon Judd, president of the National Border Patrol Council:“The way these people rushed the border was absolutely monstrous. They pushed women and children up front and then behind those women and children, they started throwing rocks, cement bricks.

They started throwing bottles at our Border Patrol agents.”Just a bunch of modern-day patriots. And as for the mothers and children, well, do they make up the bulk of those arrested? No. Here is what San Diego border Chief Rodney Scott said:“We are making about 42 arrests, only eight of those were females and there were only a few children involved.

The vast majority, the people we are dealing with are adult males similar to what we saw of the first wave of the caravan that came up about a week or so ago.”In total now, about 69 arrests have been made and the crisis continues to escalate, which “ The Angle” repeatedly warned you would happen.

We are worried about the caravan to come in and Trump strong enough to — I go back to what I said about Martians coming to my backyard. They are not coming and the caravan is not coming. The leprosy is not coming.A thought is not coming. It’s not just the media know-nothings though who need to be exposed here. We are making a list and we are checking it twice. And others have been very naughty as well on this issue.One of the prime drivers of these never-ending caravans are groups such as Pueblo sin Fronteras and a Chicago-based Sentro Sin Fronteras.

They have been organizing this caravan and other caravans for months, in fact, years. And Pueblo Sin Fronteras even put out a press release, this was last March. It reads like some type of primer for a borderless world.This is my favorite line in the press release, “We demand of Mexico and the United States that they open the borders to the U.S. because we are as much citizens as the people of the countries where we are and/or travel.

“What? OK, they are not American citizens, but this is a classic “citizens of the world” claptrap that’s been funded by billionaires who want transmigration to be universal right.Now, number two on our naughty list, activist judges. Acting like a super-legislature, district court judges continue to frustrate the president’s every initiative when it comes to immigration enforcement.Just last week, the president was hit with two devastating rulings.

In the first case, Judge Jon S. Tigar, an Obama appointee from the Ninth Circuit attempted to bar the president from limiting asylum claims to those who enter the country legally.Then in Michigan, Judge Marc Goldsmith ordered the release of nearly 100 Iraqis who were incarcerated under the Trump travel ban.

Now, all of this explains why the president is running very short on patience. Here’s what he had to say:“It’s a shame. It’s a shame. It’s a disgrace frankly. Some judge sitting at some location very far away is telling our incredible military and law enforcement what to do, and it’s not right and that’s been going on like that for a long time.

ICYMI: Just over a week ago Senator Hatch was awarded the Presidential Medal of Freedom, the nation's highest civilian honor. #utpol pic.twitter.com/RaMmtrmWxI

Dr. Jerome Corsi a fine Christian man with integrity has been targeted by the Mueller #WitchHunt They tried to get him to lie about Trump & he refused. Now he faces mounting legal trouble. Please donate to his legal fund & help him fight for his freedom. Please Retweet & Share! https://t.co/ozm3g54eHr