.@POTUS @realDonaldTrump — came across this hat today in Hendersonville, North Carolina! Western NC farmers want you to know they appreciate all you're doing! pic.twitter.com/rei8dSOBTQ

The Federal Government is set to give Amazon a 100 Billion dollar subsidy for web services.

It would take me all day to go through recent posts and correct the spacing you may or may not notice.I did notice and as crazy as it’s driving me, it would take backspacing darned near every other word.It’s not a typo.It’s a gremlin in the keyboard.  It’s not causing a major problem,just an annoying  one.  It’s  time for a new keyboard (and mouse)which will be soon enough.I’ve run out of patience with this thing.

If  you noticed,apologies. If you didn’t you will probably notice it now. Had to mention it.I’ve tried to catch it as i go ,but some of it just gets by.

Thanks for your patience.Hope that explains. You’re not seeing things anyway.

In this episode I address the stunning developments in the New Mexico compound case, along with the real reason the suspects were let out. I also discuss the explosive interview John Solomon gave last night about the Mueller witch-hunt. Finally, I discuss the social media mob’s targeting of a Red Sox baseball player and key developments in the Clinton email case.

Source: August 30, 2018: Ep. 796 New Details About The Astonishing Effort to Cover Up This Scandal – Dan Bongino

I generally hang out on Twitter supporting our President.There’s good people on Twitter. The Trump supporters are like family.They’re mostly Christian(not everyone though-we’re a very diverse group),ALL patriotic and put in the position of having to defend the man we elected against a whole group of haters.

We stick together.We have to.They’re trying to either wear us down or divide us.

It’s the only way they  can win,which to them  means,take out Trump.They can’t take him out directly.They know it.They have to take us out[first]and with our POTUS leading we are a force to be reckoned with.I hope we are aware of the power we have.It has manifest itself in a number of ways. The most recent manifestation was the Republican primaries and the President’s endorsements.His poll numbers are amazing,given the hostility he faces every single day.Of course,the more powerful we become, the harder they fight back.

That’s not why I’m writing today though.Many of the people i associate with there are not Catholic. We don’t discuss religion in depth so it hasn’t been a problem.Until now.The scandal in the Church has cropped up.The comments are ugly.They go  beyond the justified disgust.I’ve known about an anti Catholic bias in the United States for a long time.

You come across it as a child which can be baffling and in some instances frightening-you run into it time and time again into adulthood.I remember when John Kennedy was running for President.There was a good chance he would be rejected as a candidate simply because he was Catholic. It was controversial.He fought an uphill battle all the way and won by the skin of his teeth.Nothing has changed since then.Our  culture is especially hostile towards the Catholic Church.It didn’t just suddenly pop up either.Anti Catholicism is part of our history as a country.

I’m not going to delve into the history;the reader can do the  research.What I am going to delve into is the scandal currently rocking the Church. Nobody is going to defend these priests or the clergy that covered up for them.Here are the facts; https://www.lifesitenews.com/blogs/majority-of-predator-priests-were-gay-and-abused-male-teens-pa-grand-jury-r

This is the 2nd time the Church has been embroiled in a such a scandal. The USCCB  had enacted the Charter for Child and Youth Protection:  http://www.usccb.org/issues-and-action/child-and-youth-protection/charter.cfm

Nobody could be angrier over the recent expose of a cover up than the members of the  Church.  What i’ve run into are non Catholics-hostile to the Church anyway-who can’t grasp why we wouldn’t leave the Church.I’m sure that some will.Many of us won’t. Let me be honest .There was a time in my life when i did  leave the Church;totally unrelated to any scandal.There was no excuse for it.Our parents were devout Catholics.We were fortunate to be able to attend a Catholic  school (grades 1-8) taught  by the Sisters of Mercy.I had nothing but the best experiences with our priests.They were good men who were devoted to God and their vocation.I grew up with an appreciation of our beautiful Catholic faith.It was this foundation that  probably helped in my return to the Church.Were it not for that I might have been lost forever.

I can  understand the outrage of non Catholics with the revelation of the abuse and worse ,the coverup, in our Church.I also know first hand what anti Catholicism is about having spent a whole  life time experiencing it.What i’ve noticed though is the disturbing undercurrent of anti Catholicism and less a REAL concern for the victims.Any reason will do and this just happens to be good reason. It hasn’t affected my strong support of our President. It isn’t going to. It is disconcerting that the people I feel a bond to are attacking a faith near and dear to  me beyond a justified outrage .An outrage we,as Catholics,are the most justified to feel.

They would attack the Church, scandal or no scandal.I’m just as apt to defend the Catholic Church-NOT THE ABUSERS-as I am our President when he’ s right.Keep the 2 separate;the Church  that i’m defending and the abusers that I’m NOT.  As for Pope Francis,i can say that i respect him because he is the Pope. I can also say i had a special affinity for Saint John Paul II and now Pope Emeritus Benedict XVI that i don’t seem to have for Our Holy Father Pope Francis-for  a variety of reasons.  Keep in mind though,he is one among many & the Church has  survived some great Popes,some mediocre Popes and even some terrible Popes in very turbulent times.How does one lay person handle it? Attend Mass,go to  Confession,pray,receive the Sacraments.You’ll have to decide for yourself as a faithful Catholic if you want to engage people when they attack the Church. Maybe we shouldn’t take on every battle with them?We have enough interior battles to deal with.I’m not one to run for the hills though.

Politics and religion are definitely touchy subjects. I have a passion for both of them.Yes,I love our current President,our country and the American patriots i have had the great experience of meeting through the internet.I loathe the anti Catholic bigotry that is still entrenched in our culture. I would have thought by 2018 it’d  b e done,did and over and we could have an honest discussion about the gravity of this  abuse.I greatly value the comradery with my fellow Trump supporters but never over & above my Catholic faith. Let me make this crystal clear-I am not going to let their anti Catholicism get in the way of my support for President Trump either.It’s not his fault.

Vassar Bushmills There have always been two theories about Robert Mueller, actually three, which I laid out in a piece a little over a year ago. I still hold that how he sees himself in History may…

Source: ROBERT MUELLER, A THEORY OF THE MAN | PUMABydesign001’s Blog 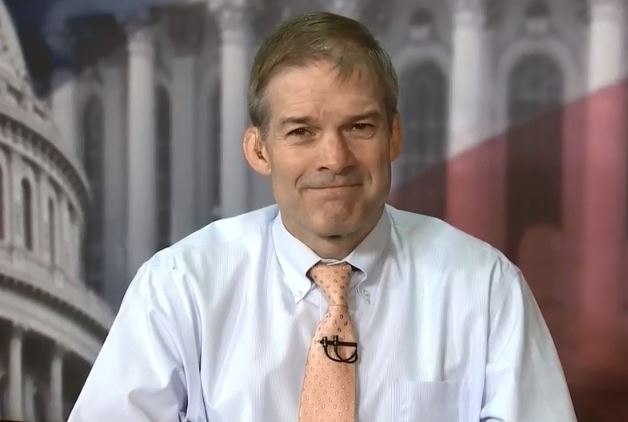 (CNSNews.com) – President Trump frequently complains about witch hunts and fake news, but when you get behind the headlines promoted by liberal media activists, consider what he’s accomplished, his supporters say.One of them, Rep. Jim Jordan (R-Ohio), had a list of positives ready to roll when he spoke to Fox News’s Lou Dobbs on Tuesday:

Source: Rep. Jim Jordan Says Trump Has Had an ‘Amazing Year and a Half’