Dear Gov. @dougducey ,
Now is the time for all good men to come to the aid of their country…

America is NOT a MONARCHY‼️

With all respect, Sen. McCain’s vacant seat should NOT be handed to his wife!!#WeThePeople #TheKat pic.twitter.com/oLdxj12xmP 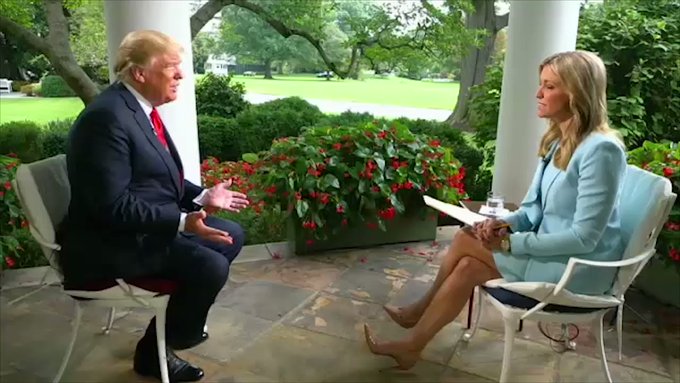 President Trump’s allies in Congress and the media have long wondered why he doesn’t declassify documents withheld by the Department of Justice that could vindicate him in the Russia probe. What’s stopping him from exercising his constitutional authority, they ask? Doesn’t he recognize the growing danger of inaction with the midterm elections at hand, which could spell his impeachment if he loses his Republican congressional majority?

RealClearInvestigations sought insight into the president’s thinking from current and past senior U.S. officials, most of whom spoke only on condition of anonymity. The picture of Trump that emerges plays against type. On declassification, the president is not the impulsive hothead portrayed by major media, epitomized by his “witch hunt” bluster on Twitter.

Rather, he’s characterized by the sources as a deliberative, strategic executive inclined to keep his powder dry now for possible detonation later. (Because his supporters – some of whom have seen the documents – are pushing for declassification and his opponents are not, the assumption is that the documents would help the president.)Trump told Fox News last week that while he didn’t want to interfere with special counsel Robert Mueller’s investigation, he may have no choice but to declassify. “At the right time, I think I’m going to have to do the documents,” the president said.

Tuesday on his nationally syndicated radio program, LevinTV host Mark Levin read from Conservative Review foreign policy correspondent Jordan Schachtel’s report on Army Lieutenant General Michael Flynn and his silencing by the Mueller probe.“What has happened to him is an absolute, horrific injustice, and history will reveal that. But we know it today. There is no reason this man should be broke, living on a military pension. There’s no reason this man should have lost his home. There’s no reason this man should have been charged, period, and yet Hillary Clinton, and all the rest of them: They’re not charged. They’re celebrated,” Levin said.Though General Flynn refuses to use his publicity as leverage for financial aid, Levin called on listeners donate to Flynn, through a page created by his family.“When I saw that Peter Strzok, who was fired for what he tried to do to this country and did do to this country, his interference in our election, that the Left raised over half a million dollars for this man, I said this can’t stand. … We will rally to General Flynn. We will rally to him and give him a hand. After all, he spent 33 years protecting us.” 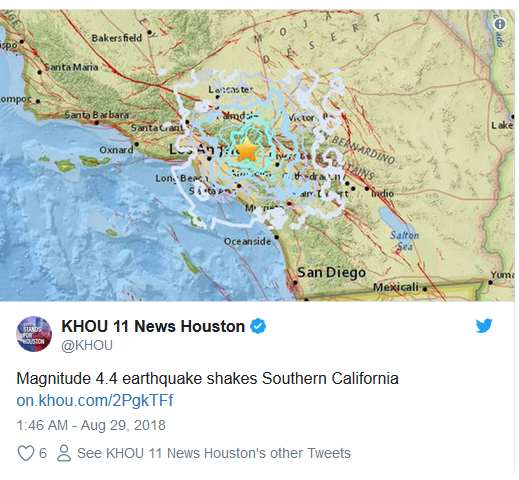 Can you imagine an event where @RonPaul and Congressmen @justinamash @WarrenDavidson @RepThomasMassie and the next Speaker of the House, @Jim_Jordan will all be in the same place? #ampFW

We can. Join the Champions of Liberty Rally NOW: https://t.co/3tgMRd7hGc pic.twitter.com/hSMr3oB8zL

#EndWitchHunt – @Jim_Jordan: Nelly Ohr gave the Fusion GPS dossier to Bruce Ohr who gave it to the FBI so the FBI could get a warrant to spy on the @realDonaldTrump campaign. This is the biggest abuse of power I’ve ever seen. #MAGA #TrumpTrain #Dobbs pic.twitter.com/KGHuFK6Czu

.@Jim_Jordan on if Congress can get the border wall funded: “That will help us as we get ready for this [midterm] election — help us win and keep the majority.” #Dobbs pic.twitter.com/FykQGbqUcN

.@Jim_Jordan on developments after DOJ official Bruce Ohr met with the House Oversight Committee: “This is the biggest abuse of power I have ever seen and I’m going to keep digging at it and so are my colleagues until we get all the answers for the American people.” #Dobbs pic.twitter.com/zDSO2Xzf38

.@Jim_Jordan on voter turnout in the midterm election: “The key to turnout is to run with the President of the United States.” #Dobbs pic.twitter.com/RNz2hO2LjL

There’s a reason why you haven’t heard much from Lt. Gen. Michael Flynn lately. The man who served his country honorably for 33 years has been effectively silenced by special counsel Robert Mueller as he awaits sentencing.Given the circumstances of his plea deal, Flynn cannot speak publicly about anything related to the charges against him. Doing so could void his plea agreement with Mueller’s team and open him up to further legal proceedings that he is financially unable to defend himself against.Flynn, who has worked his entire career on a government salary, has spent over one million dollars on his legal defense.

The financial burden has forced him to sell his home in Alexandria, Virginia, and move into a family home in Rhode Island.He has been effectively bankrupted and has had his reputation torn to shreds, all for the supposed crime of misleading the FBI about a perfectly legal conversation he had, as incoming national security adviser, with the former Russian ambassador to the U.S.Remember that the charges against Flynn stem from his advocacy for a detente with Russia, in addition to his reported lobbying against an anti-Israel United Nations resolution, which the Obama administration infamously endorsed through omission by abstaining from the vote.

Neither of those activities are illegal or even immoral. In fact, foreign policy observers can be left to conclude that Gen. Flynn was merely acting in America’s best interests.In order to come to the conclusion that Flynn apparently misled the FBI, the Obama intelligence community wiretapped Flynn’s conversations with the Russian ambassador. Those conversations were then leaked to the press by elements of the intelligence community, in gross violation of federal law.

The FBI review found no evidence of wrongdoing by Gen. Flynn, except for the charge of lying to the FBI, a charge that is now reportedly being disputed by the agents who interviewed him.President Trump’s initial pick for national security adviser had long been skeptical of the unchecked power of the U.S. intelligence community. Flynn wanted to prioritize several foreign policy agenda items, such as ending the Iran deal, moving the U.S. embassy in Israel from Tel Aviv to Jerusalem, and designating the Muslim Brotherhood as a terrorist organization.