submit to redditPaul Manafort mugshotPaul Manafort‘s third day on trial over charges of bank fraud and tax evasion was cut a bit short on Thursday after government attorneys made the same mistake twice in a row.The last witness called to the stand was J. Philip Ayliff, a certified public accountant (CPA) at Paul Manafort’s long-serving tax-preparation agency, Kositzka, Wicks and Co. (KWC), of Richmond, Virginia. As time inched along during the last witness’s testimony, nothing of particular interest seemed to be occurring at all.

To all our supporters out there, I thank God for you everyday. We are now on the home stretch, and I’m challenging each of you (and myself) to leave it all out on the field. Together, we will take our grassroots movement to the senate. #LetsFlyMI #TrumpEndorsed #MISen #VoteAug7 pic.twitter.com/kJc5kmCbxH

While we marched to the polls after President Obama was elected, the Left has decided to riot in the streets. pic.twitter.com/QnnL4yb0ci

it wasn’t the questions Collins asked, it was the venue.“To be clear, we support a free press and ask that everyone be respectful of the presidency and guests at the White House,” Sanders said. Trump had just concluded an Oval Office meeting with European Commission President Jean-Claude Juncker in the White House when the press was allowed in.Having covered the White House for 12 years, I know a bit about this. To be sure, reporters do yell questions at the president all the time, say, on the White House lawn, at Andrews Air Force base, in a White House press conference or just about anywhere other than the Oval Office. And it’s not only right for them to do so, it’s their job, one the American people expect them to do.In the Oval, though, reporters are expected to handle themselves with a bit of decorum. It’s the man’s office, after all, and the press was invited in. Yelling repeated questions at the president and refusing to leave is absolutely inappropriate.

FLASHBACK: Barack Obama tells man 'shame on you' for daring to ask question during White House event, asks secret service to throw him out of 'my house'pic.twitter.com/6GCfbTW3zw

Enemy definition, a person who feels hatred for, fosters harmful designs against, or engages in antagonistic activities against another.
This is NOT the media?
Speak of the devil.There are 2 people Fox News could discontinue booking.
One is Dave Brown,a Democrat strategist. The other is a Hillary surrogate by the name of Phillip Reines.The next time either of these 2 are on the Ingraham Angle or Shannon Bream I’m done watching.If i wanted to listen to these 2 spout propaganda i could always turn to CNN or MSNBC.

All these people do is sit there and accuse the Pres of lying or the Press Sec, Sarah Sanders, of lying;then their little minions on Twitter go around mouthing their words.I’ve never seen a group of people so disinclined to think for themselves.

Let me clue these 2 geniuses in about lying. We listened to Obama sell Obamacare. We listened to the whole Obama admin, including Hillary, claim the Benghazi attack was instigated by a video.They stood there and lied right to the families in front of the caskets of the fallen.

IF you want see a really big lie and subsequent cover up perpetuated by ALL of the media[ started by Obama AND Hillary] try the Russia Hoax.

So for all you people having a speckled nutty because Pres Trump called the fake news an enemy of the people- prove it’s not.

They let Maxine Waters have a platform to incite anger and confrontation against the President and members of his cabinet.

They turned a blind eye to the domestic terrorist group Antifa.
You can’t even wear a red MAGA hat out in public and not chance being attacked.Sarah Sanders is the first Press Secretary who has ever required protection by the Secret Service. I would say that’s pretty damned sad-speaks volumes-but Acosta didn’t hear that part.
We’re Trump supporters.You can smell us in Walmart. We have no teeth.We’re racist,sexist,homophobic hillbillies who cling to our guns and religion.
We recall Tim Tebow being censured for taking a knee as a Christian and the accolades poured on the NFL players for taking a knee at our anthem.

These so called journalists deliberately conflate the Pres saying there was no collusion with Russia and his campaign to mean he is saying the Russians did not interfere with our elections.It has to be one of 2 things;either the media is that stupid and doesn’t get the difference or they are DELIBERATELY conflating the 2 to make the President look bad. I believe-given what they have done all along-it’s the latter.
They totally ignore the biggest scandal that i have seen in my lifetime.I probably shouldn’t even say ignore.They’re covering it up.

Can you say Uranium One and FLEXIBILITY? Can you say leaking and unmasking? Can you say WEAPONIZING the intelligence agencies? Can you say spying on an American citizen and getting “dirt” from the Russians on Trump?

The people in fly over country-us deplorables-know what’s going on.The media is trying to hide their dirty tricks behind the banner of freedom of the press.Freedom of the press, that  men and women fought and died for, was not given to them to be abused.  When you’re given a freedom[that many  countries would give their right arm for]you accept the responsibility that goes with it.It doesn’t mean you have to do it perfectly or get it right every time.It also doesn’t mean you’re free to use it to push your own agenda and destroy good people. 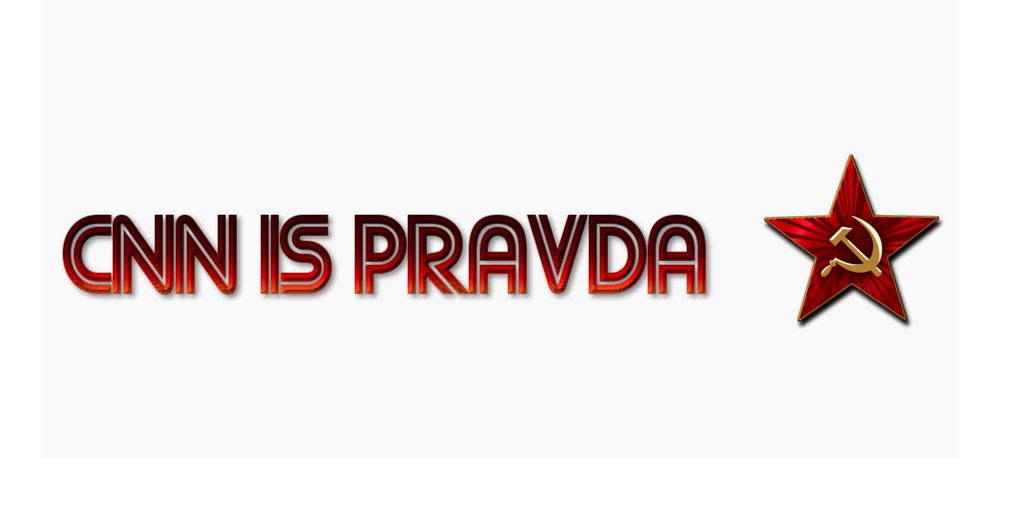 You know why Sean Hannity is no 1 in cable news every week-and Tucker Carlson isn’t too far behind him,with Mark Levin and Judge Jeaninne Pirro doing well in their time slots-while CNN is at the bottom of the barrel? They don’t insult our intelligence by covering up the truth and thinking we won’t find out.They make the distinction between a commentator and a reporter. They aren’t out to destroy and delegitimize the person WE elected President.

The worst part is the media  lying to  people who loathe Trump enough to believe them. I hate that worse than the media trying to lie to us.What is truly sad though is how much Pres Trump and his supporters love this country only to be told we’re Russian agents,bots and traitors. May I remind these people which President went on foreign soil apologizing for America and cutting her down.It wasn’t Trump.Yes,they are an enemy of the people. 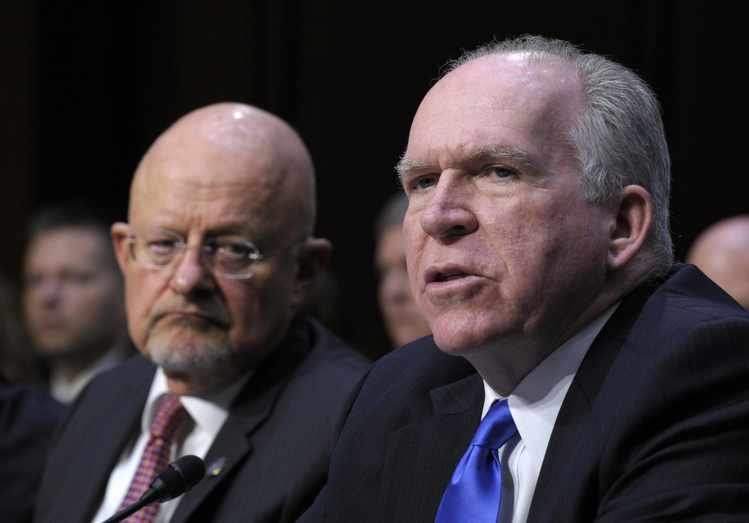 President Trump has been criticized for politicizing the intelligence community by threatening to strip the security clearances of former top officials including John Brennan and James Clapper. But numerous past and present senior intelligence officials say that the Obama administration started the politicization — and that revoking the clearances of those who abuse the privilege for partisan purposes may help right the ship.“As is often the case with the Trump administration, the rollout of the policy is bad, but the idea driving the policy is sound,” said one senior intelligence official who, like others interviewed for this article, spoke to RealClearInvestigations only on condition of anonymity. “Under some Obama-era intelligence chiefs, intelligence was used as a political weapon. We need to root that out, not reward it.”It is not clear if the White House is moving forward on Trump’s threats last month to revoke those clearances. After Brennan’s continued media attacks on Trump following the Helsinki summit with President Vladimir Putin of Russia, Sen. Rand Paul advised the president to strip him of his clearance. The White House did not respond to requests for comment. 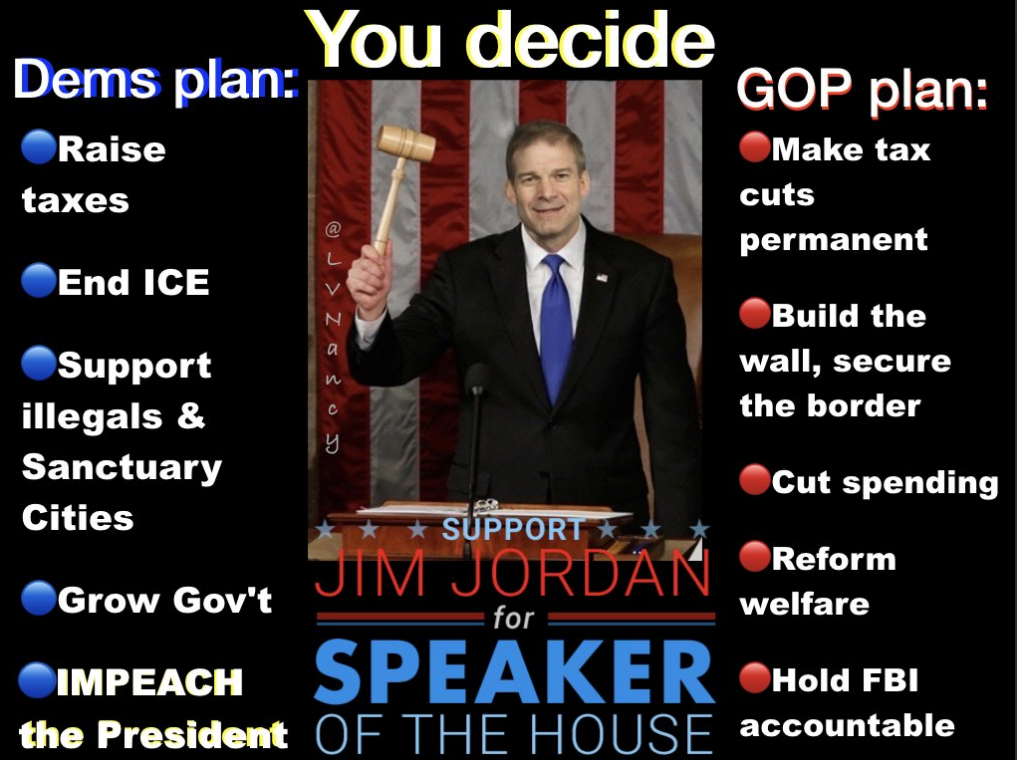 Author, radio and TV host Mark Levin joined Sean Hannity on Thursday to discuss the latest developments in the Trump-Russia witch hunt. Sean Hannity ended their segment with a warning to the Deep State crooks — Something is about to blow the Russia hoax out of the water. Sean Hannity: Mark, you know when I […]

Source: BOOM! Sean Hannity: Tic-Toc SOMETHING BIG Is Coming That Will Blow Russia Hoax OUT OF THE WATER (VIDEO)