Like most Americans i don’t have a degree in economics but common sense and life experience has taught me a few things. Most of us know the following to be true:

We also know that some of the people we have elected like to do “programs”. Programs cost a lot of money and once they’re instituted they end up being permanent. Where do they get the money from? Yep,taxes.When Trump entered the race [back when] he changed that dynamic.

Congress had the government charity scam down pat for years.They created dependency.Once they did they would go to the same people they lured into dependency, asking for votes. Of course,those people are going to be concerned that their program might get cut so they vote for the people  they think will protect their interests.
The founders didn’t envision any of this.
Our constitution reads,” The Congress shall have Power To lay and collect Taxes, Duties, Imposts and Excises, to pay the Debts and provide for the common Defence and general Welfare of the United States…”

Back in their day people were self sufficient and self reliant. They had no choice.We’re not going back to that era.None of us would trade where we’re at now,for where we were then. We totally respect the path our ancestors lay out for us and realize we would not be where we are now,were it not for the sacrifice and hardship they endured. I believe that self sufficiency and self reliance is built into the American psyche. Still part of our culture.

The Great Depression is something our parents talked to us about on a personal level because they  lived through it [and World War II]. It set out country off in another direction under Presidents Theodore and Franklin Roosevelt.Mom told me about an aunt who gave up her kids during the depression because she could not afford to care for them.As much as the churches and local communities wanted to help,they could only do so much.The system back then was simply overwhelmed.The system also discriminated against certain groups of women,including minorities.

In 1909, President Theodore Roosevelt called a White House conference on how to best deal with the problem of poor single mothers and their children. The conference declared that preserving the family in the home was preferable to placing the poor in institutions, which were widely criticized as costly failures.

Starting with Illinois in 1911, the “mother’s pension” movement sought to provide state aid for poor fatherless children who would remain in their own homes cared for by their mothers. In effect, poor single mothers would be excused from working outside the home. Welfare reformers argued that the state pensions would also prevent juvenile delinquency since mothers would be able to supervise their children full-time.

By 1933, mother’s pension programs were operating in all but two states. They varied greatly from state to state and even from county to county within a state. In 1934, the average state grant per child was $11 a month. Administered in most cases by state juvenile courts, mother’s pensions mainly benefitted families headed by white widows. These programs excluded large numbers of divorced, deserted, and minority mothers and their children.

Few private and government retirement pensions existed in the United States before the Great Depression. The prevailing view was that individuals should save for their old age or be supported by their children. About 30 states provided some welfare aid to poor elderly persons without any source of income. Local officials generally decided who deserved old-age assistance in their community.

Look where we are today.

You probably have a pretty good sense that something isn’t quite right here.Welfare was meant to be a temporary fix,not a way of life.

Throw into the mix  illegal aliens and a broken immigration system.Again,the American people get it.Lawmakers,people too far away from the masses,don’t get it because 1. it doesn’t directly affect them.2. they’re lobbied by various open borders groups. 3. they think in terms of votes.

Let’s be clear.The American people are compassionate but they don’t like the idea of people taking advantage of their generosity either.

The liberals (aka Democrats)decided that free love,free lunch,free wheelin’ was the way to go in the 60’s.They were advocating for some social utopia.It may sound great when you’re 18 and just out of high school but it’s socialism.It doesn’t work because no matter how free something is,it costs someone money.No matter how free you are,someone has to defend  that freedom.The only time anything is really free is when you’re kids and the parents are responsible for your well being.
Nobody is going to throw the old,the infirm and the truly disabled to the curb.We need to have an honest and open discussion regarding the underlying issues our country faces:the welfare state(government dependency),immigration, the illegitimate birth rate,black on black violence(Chicago in particular)and failing schools.When a socialist economy collapses-which it inevitably does-then the old,infirm and disabled are thrown to the curb.It’s every man and woman for themselves;the most vulnerable don’t have a chance.

Who’s pushing socialism? The Democrat party. What do you think Obama meant when he said we were days away from the “fundamental transformation of America?”

Bernie Sanders would have gotten us there quicker right out in the open. Hillary would have picked up where Obama left off.She would have changed the country slowly and less obviously than Sanders.Of course,she rigged their primary against him & that was the end of Bernie.Hillary was Obama’s insurance policy to protect his legacy and COVER UP their criminal activity.

The Republicans are sticking with Trump. I have no idea why the independents and women are leaning towards Democrat for the midterms.Anyone?Not sure i trust the polls but that’s what most of them are showing.
What are the Democrats offering?

I’m a woman.NONE of that appeals to me.I’m a Trump supporter.Impeachment is definitely off  my ‘things to hope for’ list.I believe in the American people.They have brains,talent and common sense.If given the facts they will make the right decision.

Don’t hesitate.DO
You have the right to DECLASSIFY anything Mr President. 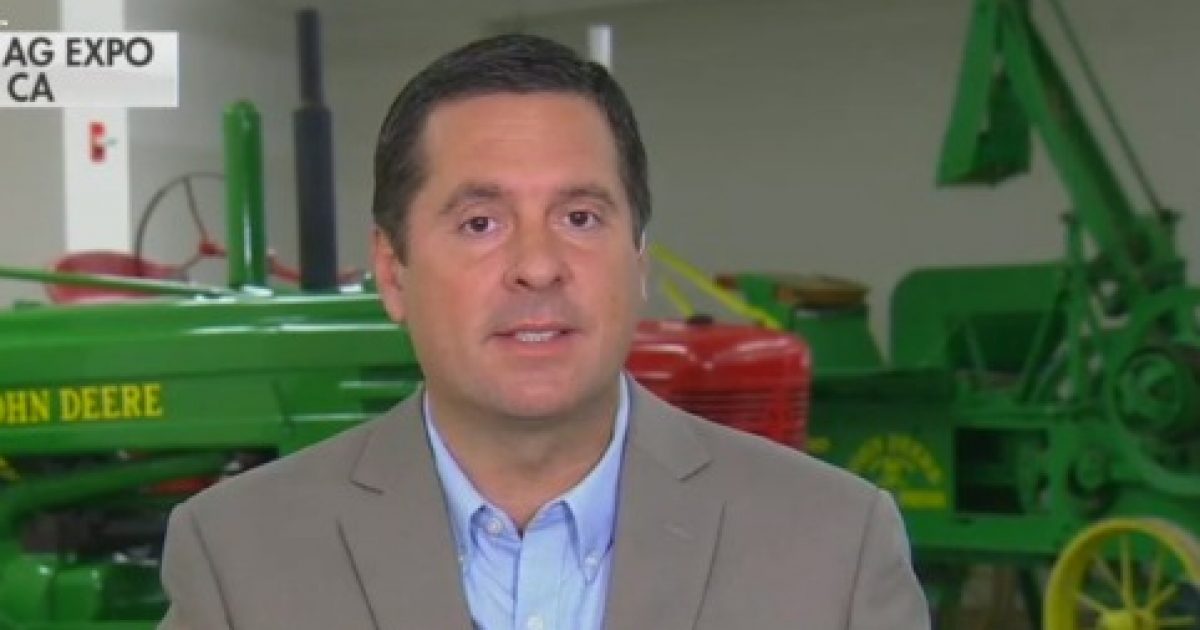 It’s even worse than people may think.

It’s even worse than people may think.