We can all recall the image of ISIS rolling down the roads in a convoy of tanks and trucks from Iraq to Syria-after the Iraqi army abandon the equipment we had left them. We can also recall the words of Obama that they were the JV Team.

The reason he called them the JV Team was so he could ignore them and get on with his re-election. We’re in the mess we’re in now because of Obama’s JV team  policy. Weeks later-after much pressure-Obama had airstrikes launched in Syria.Not at the Convoys of ISIS fighters which even you and i could spot easily but at EMPTY BUILDINGS. Later he would have some ISIS vehicles attacked but not before dropping leaflets warning them they were about to be demolished. I guess the Nobel Peace Prize winner felt the need to be compassionate.

This is Obama’s war-but this is also Hillary’s War.

Italy closed its consulate in Benghazi, Libya, and withdrew its staff because of security concerns, after an attempted ambush of the Italian consul over the weekend.

Though the diplomat, Guido De Sanctis, escaped unharmed, the episode raised concerns about the tenuous security situation in Libya as the transitional government struggles to rebuild the country after the overthrow of Col. Muammar el-Qaddafi nearly two years ago.

We knew Great Britain closed their embassy over security concerns.

The UK is to temporarily close its embassy in the Libyan capital, Tripoli, because of worsening violence.

The Foreign Office, which has urged Britons to leave the country immediately, said consular assistance would not be available from Monday.

Ambassador Michael Aron described the situation as “very sad” and said staff would return to the embassy “as soon as security allows”.

Arrangements are being made to help British nationals leave Libya.

The country has been gripped by instability and a power struggle among rival groups since the overthrow of former leader Colonel Muammar Gaddafi in 2011.

More than 200 people have been killed in Tripoli and the eastern city of Benghazi in the past two weeks.

There were so many signals in Libya of impending danger,yet Hillary Clinton saw no need to pull our people out of Benghazi or at the least to add security.There were many requests. We know today they were all  ignored.Honestly,she should have had them pull out.

Why DID Obama/Clinton even attack Libya and effectively have Quaddafi assassinated?

It can’t be justified.

It all came down to Obama wanting to win re-election and Hillary making sure her boss got hired.

A BIG difference. It’s called TELLING THE TRUTH and being held accountable.It’s called looking out for own citizens. It’s called not  permitting 4 good men to die. It’s called taking that 3:00 in the afternoon phone call. 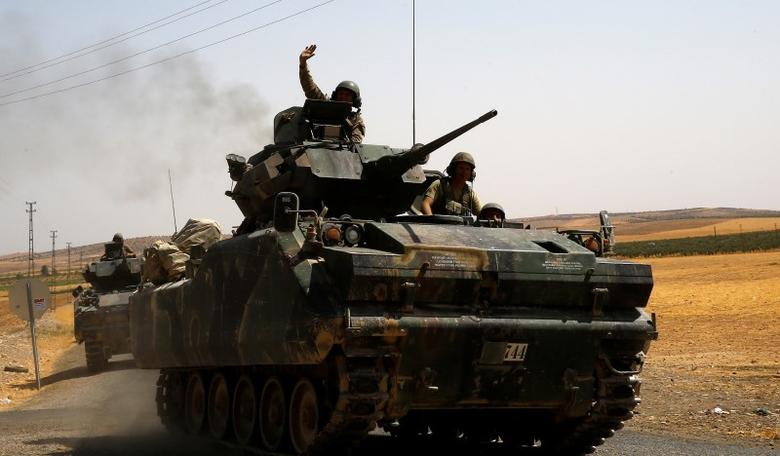 Reuters — Sat Aug 27, 2016 9:17am EDT Kurdish-aligned group in north Syria says targeted by Turkish warplanes A Turkish soldier on an armoured personnel carrier waves as they drive from the b… These heartbroken Canadian ­seniors are forced to live in separate health care facilities after 62 years of marriage — and they burst into tears whenever they get a chance to visit.Wolfram

By Saint John Hunt In an editorial by the Boston Globe last Tuesday, it was suggested that if, and I do mean ‘if’, Hillary Clinton becomes our next President, she and hubby/sex offender…

We have to talk about the Never Trumpers. Dana Perino is a never trumper she just doesn’t  exactly say so,but she doesn’t have to.You can tell. She believes that Jeb Bush should have won. What she doesn’t realize is that the folks out here simply didn’t want another Bush We don’t do dynasties. We all said no more Bush’s, no more Clinton’s. I voted for both Bush’s. Father and son. I wasn’t real keen on voting for Jeb. He ran a poor campaign,for as long as it lasted. i don’t think he grasped the lack of enthusiasm out here. He probably assumed it was going to be  Clinton/Bush.Trump or no Trump he wouldn’t have made it. Trump was just an effective enough candidate to make it sooner.Perino cannot get over it and blames Trump. No Dana,it was not Trump’s fault. Jeb was not going to catch on anyway because people had already made up their minds. If he would have ended up the nominee,i would have voted for him because it would be the only choice. He didn’t.

She’s got to move on. Now let’s talk about the Bona Fide “Never Trumpers” Romney and Cruz. There’s a pair.

Cred to Rockin Robin on Twitter.She hit the nail on the head in 1 tweet:

Romney infuriates me the most. When he ran in 2012 he was not my first choice. I got behind Herman Cain 100%. Unfortunately Cain dropped out and we got stuck with Romney. In the end i supported him 100% and voted for him in the general. I voted Cain in the primary because he was still on the ballot. There were a lot of problems with the Romney campaign. He was accused of being rich and went berserk. He didn’t know how to handle it. They painted the Republicans as waging a war on woman. The best he could do was reply with his binders full of women. He couldn’t really attack Obamacare because he had beat Obama to the punch with Romney Care. He was more liberal than he let on and then he hid out at the tail end of the campaign.I think the evangelicals stayed home because Romney is a Mormon. i hate to be blunt like that,but i’m pretty sure that’s true. Still,i supported him,defended him and voted for him. So what does he do? He comes back in 2016 and attacks the candidate we support. He even actively works with Cruz and others to try and defeat Trump. You mean after all i did to defend him in 2012?You mean after many of us plugged our noses & voted  for him? It has to be the one the elites pick or it’s a no go? They keep doing re-cycled candidates.

I’m sorry-but at this point i TOTALLY regret voting for the guy and if there were a chance for a do-over i would have stayed home instead.

Before Trump entered the race it was a toss up between Dr Ben Carson and Ted Cruz. For reasons too numerous to mention I ended up disillusioned with Cruz. Dr Ben Carson was a good man; if Trump had not entered the race i believe he would have been my final choice. The only issue i had with Carson was never a matter of character but that i didn’t have faith he could run a strong enough campaign.

Trump is the one for reasons too numerous to mention. Let me sum it up;he’s the right person at just the right time.

Let me sum up “Never Trump” Cruz. He’s a fake.(If anyone attacks me for the statement i will be glad to back it up. ) He signed the pledge and he should have honored it .

The Never Trumpers have a plan. Hear this out:

They intend to try to take down Trump so Hillary wins-many are actively supporting her(or doing it behind the scenes). If their plan succeeds they intend to run a candidate of THEIR CHOOSING in 2020. Cruz, of course,would  jump in the race again if this little scenario worked out.

Let that sink in. They would rather Hillary win than Trump. Hillary- a candidate so corrupt we haven’t seen anything like it since Nixon and she makes him look like a choir boy.The level of corruption between the Clinton’s and our government are mind boggling. They support that just to hatch their little plan?

Hillary-ready to attack the 2nd amendment,freedom of speech and religion and allow abortions up to the moment of birth.

Hillary-who would be given the chance to appoint justices to the Supreme Court and judges to many of the lower courts forever changing our country.

I could go on about Hillary and the Clinton’s; we’ve only reached the tip of the iceberg. The point is, they would rather this corrupt woman backed by evil George Soros be elected to the office of President ,by hatching  a plan so asinine  it doesn’t take a rocket scientist to figure out it has  failure written all over it. They pull this on Trump, who do they think would vote for THEIR candidate in 2020? We’d fix em and stay home. Besides,by 2020,we wouldn’t have a country left to save anyway.

We have to discuss the corrupt media too if we’re going to talk about the Never Trumper’s. We’ll get to them in the next blog entry.It’s all one big happy CORRUPT family.

Not to worry though. I get around enough to know the people aren’t having any of this.

I have gotten wind that some people think Trump has changed his position on immigration. He has not;  i hope we aren’t going  to have a speckled nutty over a misunderstanding. We have to discuss this. It’s important. It’s a very complex topic and until he actually lays out a policy paper maybe we should hold off on judgment. After all,if you think about it,we wouldn’t even be discussing immigration reform were it not for Trump.

We know this much with certainty:

He is going to build a wall

He is going to shut down sanctuary cities

He is going to ENFORCE the immigration laws we already have

He is NOT going to permit Syrian refugees to come pouring into the U.S.

He is not going to let people overstay their VISAS

He is going to initiate “extreme vetting”

Even Ronald Reagan didn’t get that far and nobody since then has done a thing.Let’s remember that.So all of this has fallen on the doorstep of a President Trump to correct;coming on the heels of an 8 yr open door Obama policy . Let’s not lose sight of the fact either that a Pres Hillary will exacerbate the problem.
Jeff Sessions endorsed Trump based on his position on immigration. He’s still up there endorsing Trump. There’s no way Sessions would back Trump,if Trump were backing down. The Border Patrol endorsed Trump and that’s no small matter.

Let’s wait for the policy. Give him time to work out the details. It’s a monumental task.

Let’s not start eating our own like we always do. The Democrats count on it. We do the dirty work for them. Hillary Clinton doesn’t have anything going for her. Let’s not give her anything.Caution too. It’s getting down to the wire on this race. There are going to be whisper campaigns. There may be a few screw  ups by Trump as it happens with any candidate.

I recommend the following,since the media is actively working against Trump:

You can catch the Wayne Dupree show live at rsbn.tv as well and on WAAR radio show http://www.iheart.com/show/53-The-Wayne-Dupree-Show/

intellectualfroglegs.com with Joe Dan Gorman .Get the word out. He has a small audience but a great program.

Cred has to go to Father Z for the great expression,”speckled nutty” http://wdtprs.com/blog/.

My mention of Father Z does not mean an endorsement,by Father, of anything i’ve written in my own blog,k? Father Z has enough to deal with.