though it is unclear whether Mr. Trump will make a more complete disclosure of tax returns, as is customary for credible presidential candidates. his own capacity to bully and badger his way into the best possible deal. That skill set, Mr. Trump has argued, would be an asset to America.

Two swipes: he won’t fully disclose as is customary. He thinks his mo to bully and badger is a skill set.Ok,where did Mr Trump say this?

“NBC is done with Donald Trump. The network has severed its ties with the billionaire following controversial remarks about Mexicans. He made those when he announced that he’s running for president. NPR TV critic Eric Deggans says NBC’s move threatens a Trump-centered media empire, which includes two beauty pageants and a reality TV show.”

why Trump can’t win ..US News

A “Serious” Donald Trump is still an Unserious Candidate …on and on. I could cite a 1k of these.

How about Fox’s Take Out Trump “debate” when he surprised the hell out of all the attackers and became the front runner?

How about the “Trump Hates Mexicans” spin when he NEVER said any such thing? You know why the media started covering Trump at all? To MARGINALIZE him. They figured the more they had him on the faster he would sink. They didn’t plan on his rising even higher. Then it became  ‘Trump because he gets ratings’.Trust me Howie if they could be the one to take down Trump and get the ratings at the same time they would be glad to do it.

Trump doesn’t need the pundits,cable news or Fox. He’s got the people and they are turning out in #YUGE numbers. Truth: WE LOATHE THE MEDIA JUST AS MUCH AS HE DOES BECAUSE WE’VE GOT EM PEGGED.Truth: They don’t like that .Talk to them to see if they’re fair and honest?Yeah,they’re saints.You had a guest on.A pundit.You asked her what she thought.You talked to politico and they claimed Donald lied.This is like interviewing the rooster guarding the hen house.Wait till we elect Donald John Trump President of the United States in a landslide.Can’t wait!

What is the most important thing in your life?  What’s at the center of your life – that which gives meaning, purpose, and perspective to everything else that you do?  The Lord invites us today to focus on him, so that everything we think, say, and do is touched by the grace of Jesus Christ.  With God first, our lives become balanced and empowered – allowing us to use resources, relate with others, and engage our lives with conviction and joy!

An open letter to Donald Trump.

You mention Romney now and then questioning why he lost the last election.

Let’s talk about obama and how he won the election in the first place.

Vote for McCain,he’s a war hero.While i have the utmost respect for ALL who have served in the military you can’t keep using this to get elected.This one thing is not enough.I also hear Carly Fioriana worked on his campaign-a woman who tanked 2 major companies.She’d be the last person i’d have working on a campaign. IF Clinton couldn’t beat Obama I don’t know how on earth the GOP establishment figured McCain could.

The media did a great job of covering up Obama’s background.

Fast forward his 2nd term.How on earth could this guy win a 2nd term?

Let’s talk about Romney and why people wouldn’t vote for him. For one,the media owned him. He wouldn’t (or couldn’t)stand up to them.

Some people were put off by his being Mormon.I’m serious.There were people who couldn’t accept it.I’m not going to explain why here. Not the place for a theological debate

Mitt was pure GOP establishment.They wanted him for their candidate and they got him. He could have destroyed Obama but he backed off. If you don’t take on the liberal media though your toast.BTW.In your run if you don’t take on the liberal media and Murdoch over at Fox they will be relentless in trying to destroy you. Maybe Murdoch even more than the liberal media. The great news is YOU HAVE. You’re not making the big mistake Romney made. The other problem with Romney was people didn’t think he was  ‘conservative enough.’ Might be true but it’s not as if Obama was. Romney care was too similar to obamacare. it didn’t help him out. People said they would vote anybody but Obama but Romney couldn’t get them off their sofas to vote.

Obama lied a LOT and it helped him get re-elected.Who in their right mind would give this guy a 2nd term unless he hoodwinked them into believing he was something he was not.Still Romney was a weak candidate for what he was up against. He couldn’t win because there were some who just wouldn’t get out to vote.

Romney and McCain taught us one important lesson. We can’t go with the status quo and fall in line for the GOP establishment candidate. I hate to break the sad news to the GOPe this time-NOBODY [and i do mean NOBODY] i know is voting Bush. They better understand;3 strikes you’re out.

You,Mr Trump,are the one chance we have! People are enthused,excited,can’t wait to vote.The last time something like that happened was Reagan and he won in a landslide. People have these great memories of how well liked he was by the establishment but that’s a total rewrite of history.Nobody took him serious that i can remember. THE PEOPLE got him elected. The folks new something the establishment didn’t and he communicated right around the brick wall directly to the people. They got it.

A side note;when i told people i wasn’t voting Obama you’d be surprised how often i was called racist.The word went out to the Obama supporters to do that-to get in your face and call you racist if you didn’t support him.

I said whatever.I have nothing to prove to anyone. He stunk on ice.He hates America.There is no respect for law enforcement.No respect for our military-he thinks of the military as a petri dish for social engineering.Obama is more concerned about the LGBT agenda than people being out of work,Planned Parenthood is some kind of benevolent charity as far as he’s concerned.He’s a cool dude all right-as long as he’s reading from a teleprompter. Get him off the props and he stutters and stammers.When he talks about Planned Parenthood,the LGBT agenda or even the thugs in Ferguson THEN he gets passionate.People say pray for the president. I say pray for our country. I wish it were the America we grew up in.

He’s a constitutional lawyer-he could probably quote it all day long but it means nothing to him. He’s even admitted it.It’s not like he’s hidden his disdain for our country.People still voted for him.

It’s a shame that a historic election like obama’s gave us one of the worst Presidents in our history.

The only legacy he will leave behind is that he was the first black President to get elected. I wish i could have been one of those Americans proud to have voted for him but i knew what he was about. Race,gender-not enough to get me to vote for anyone. Identity politics doesn’t cut it in these times.

Romney-i voted for him..{Yep,voted McCain too}.Mitt  better not decide to enter again.You’re the front runner.I would lose any respect i gained for him. He should have given it serious thought before he made the deal with Bush.Too late now. I just hope the establishment isn’t so determined to get their candidate they are willing to destroy the one chance there is-YOU.I’m optimistic that the folks won’t let that happen no matter what they throw at you!! 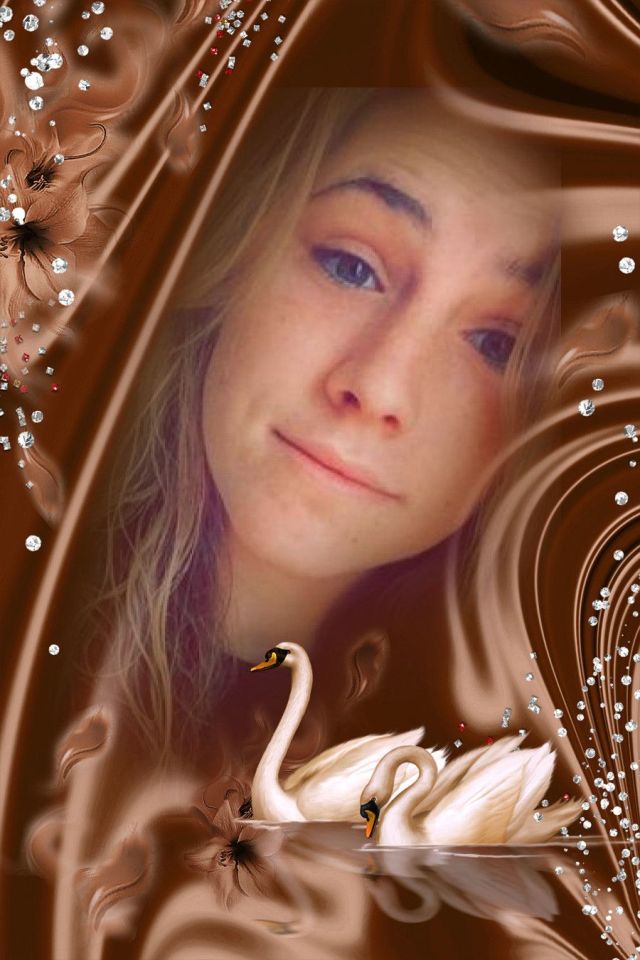 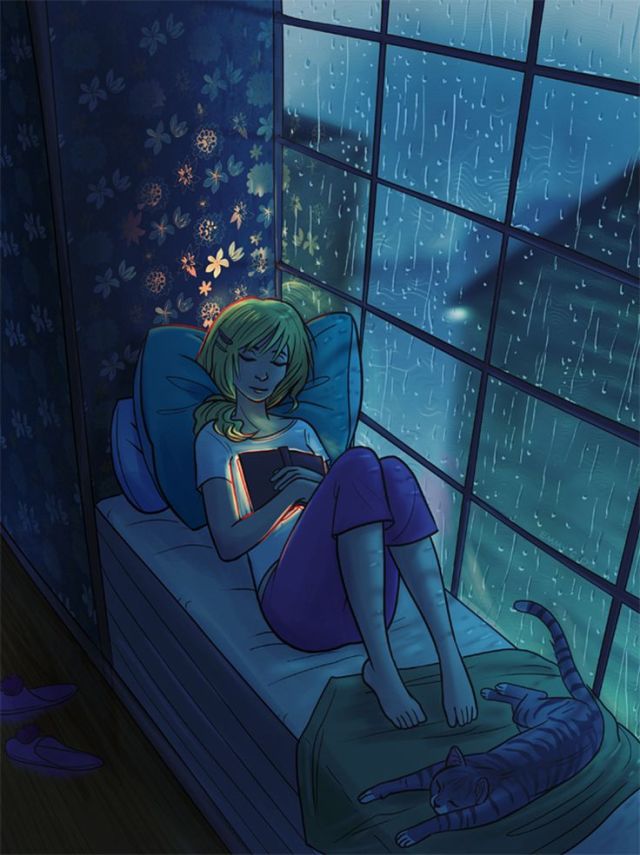 Fox news reported that Donald Trump has an exit strategy. If you listened to Fox and other cable news you’d think he was planning to get out of the race. It’s a good thing our eyes work and we have social media.

We all watched the live stream on you tube (and other outlets)from Trump’s Norcross Georgia rally. We Trump supporters send out tweets every day from Trump and for Trump. His poll numbers are fantastic.The rest could only wish they got those numbers-and the crowds Mr Trump gets. He’s getting out? They think we’re that stupid? They must believe if we are convinced he’s leaving the race we’ll throw in the towel.We KNOW for a fact he’s not leaving the race. We KNOW for a fact that he’s not ever going down without a fight.We know for a fact his support is strong. The only reason they’re LYING is because they think he’ll lose support.NOT GOING TO HAPPEN.We’re onto the tricks and dirty pool.Newsflash:WE PICK OUR CANDIDATE. My husband and i would vote tomorrow for Trump and wish we could. We’ll patiently wait though until our primary comes up and then there’s no ifs,ands or butts it’s Trump. Take that to the bank Murdoch.You can pick this months sweetie and we’re still sticking with Trump. Last month you promoted Carly-this month it’s Carson and sometimes it’s Rubio. We aren’t going anywhere.It’s TRUMP-PERIOD. You’re promoting anyone you THINK can take him out.Just like that phony Fox debate everyone saw through.You insult our intelligence. It was supposed to destroy him. Instead he went up in the polls. Plan foiled. We’ve wised up.You made it too obvious. So what happened? We quit watching Fox. I know we quit watching the Kelly files. We were your most loyal viewers too. You brought that on yourselves.There’s hardly a soul in the media anymore who can be trusted.Whatever happened to;We report,you decide? Anyway,we know Trump is in for the long haul.He’s not getting out. We’re voting Trump.
Period. Knock off the lies and word twisting. 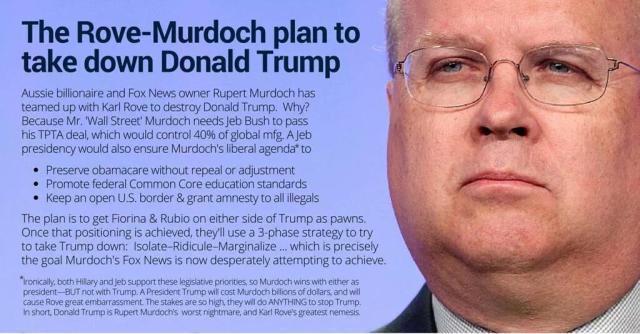 our gov’t is so involved in corruption and stupid s……t that they really don’t have the time or interest to know what’s going on in the world.