(Vatican Radio) During his General Audience on Wednesday, Pope Francis offered greetings to pilgrims from Poland, who on Thursday will be celebrating the feast of Saint Adalbert. “Tomorrow we will celebrate the Solemnity of Saint Adalbert; his martyrdom, more than one thousand years ago, became the foundation of your Church and of your nation.” The Holy Father recalled the words of Saint John Paul II, who said that St Adalbert “remains an unparalleled inspiration for those who today work for the construction of a Europe renewed in fidelity to its cultural and religious roots.” Pope Francis invoked the heavenly protection of the patron saint of Poland, praying that he might confirm Poles in the faith and intercede for peace and development in Poland. 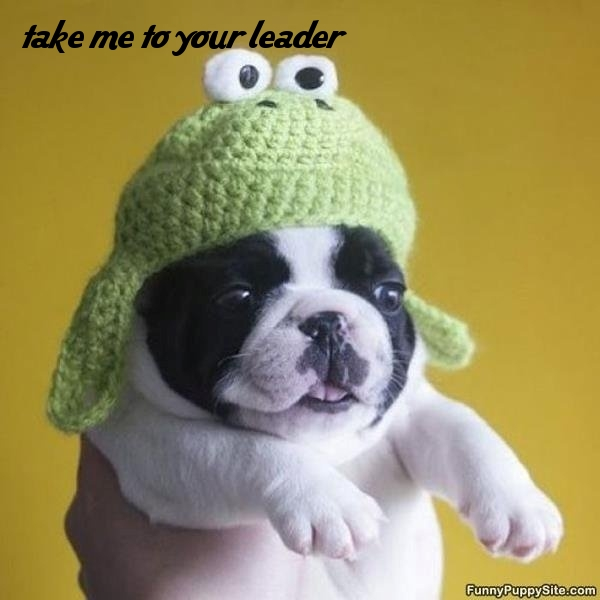 He’s begging.Take me to your leader. Hey Sparky,sorry, we don’t have one. We live in the United States of America. We have had some(past tense)but don’t look for any leadership now. Unfortunately you stopped in at the wrong time.There couldn’t be a worse time  in our nations history and the planet is going to hell in a handbasket.Have you not been observing? I realize there are people here who have their heads buried in the sand, but i assumed if there were intelligent life elsewhere, they could figure it out.

On a serious note it really is shameful what is taking place as i write this.

Obama has mocked Christianity from day one. In case we forgot, remember these words, ” They (Americans/Christians)cling to their guns and religion.” Now what do you suppose he meant by that? You don;t suppose that might have been a red flag? What did Obama want these Americans to do? Give up their guns and religion and hand them over to the state[god,small c]? Let us remind Obama that these 2 are protected rights. Freedom of religion under the 1st amendment and the right to bear arms under the 2nd. It doesn’t get any clearer.So those are the 2 he says Americans ‘cling to.’ Excuse me Obama. They are protected rights.

Did he stop with that one? Here he gives Christianity a  moral equivalency to terrorism:

“And lest we get on our high horse and think this is unique to some other place, remember that during the Crusades and the Inquisition, people committed terrible deeds in the name of Christ. “

He’s buying into the false narrative about the Crusades to attack Christianity.

Yes,people, I said that-the FALSE narrative. Do your homework. Study history. The Crusades were not an offensive war.

The lie about the Crusades has been told so many times it has become truth. Ditto the Inquistitions.

Get the real story. Still,he used the narrative to attack Christianity.

Is Obama  done yet? Nope. He goes to a prayer breakfast on one of the most important holy days in Christianity,Easter, and says,

“On Easter, I do reflect on the fact that as a Christian, I’m supposed to love, and I have to say that sometimes when I listen to less-than-loving expressions by Christians, I get concerned,”
Read more at http://joeforamerica.com/2015/04/white-house-easter-breakfast-used-obama-attack-christians/

Christians are being persecuted world wide (even in the United States)but particularly in the Middle East. We are watching the genoicide of Christians and nobody is lifting a finger. Obama could have been a leader and stood up at these 2 events to condemn the genocide. Didn’t we as a nation say ‘never again.’

He’s not going to because he attacks Christianity himself. He’s gone after the Catholic Church in particular. I could give example after example(if you need them,pls ask).

When the Coptic Christians are killed by ISIS does he identify them as Christians? Does he even say why they are murdered? Muslim refugees toss over Christian refugees from a boat for doing what? Praying. Did Obama speak up? DEAD SILENCE.

Yet,when Bergdahl allegedly deserts his post to join the Taliban he puts on the dog and pony show in the Rose Garden praising Bergdahl and letting the father quote the Koran.

How about the Benghazi terrorist attack? Obama goes ballistic over a video that had nothing to do with it. However,the video  was offensive to Muslims. The producer of that video ends up in prison.

An American is murdered by ISIS and what does Obama do? Gives it a few words and bolts off to the golf course.

We’re willing to put up with this?

He won’t lift a finger to help Christians but he sends 9 aircrafit carriers to Yemen.

It’s not just that he won’t lift a finger to help Christians but  he won’t  even say a peep either. He refuses to address the genocide or call Islamic Terrorists,Islamic.Instead he finds a way to attack Christians. He even had the audacity to try and quote scripture by saying “people in glass houses shouldn’t throw stones.” It’s an old axiom;it’s not a quote from scripture.

Remember the march in France with all the world leaders? One was missing. Guess who.

If you want to see Obama actually speak up and get passionate, wind him up on abortion,the LGBT agenda and climate change. I can take a screen shot of his tweets. You’d be amazed at the timing. It’s when there are critical issues going on such as people being out of work. a slump in the economy or terrorist attacks around the world.

Here’s a reminder about an event we may want to forget; Kermit Gosnell went on trial. He finally got caught.

While he was on trial Obama made it a point to give a key note address to the largest provider of abortions in the United States-Planned Parenthood.

Remember  Obama on the campaign trail when questioned about same sex marriage? He opposed it(LIE).The Obama defenders will never say he lied. They claim he ‘evolved.’We can’t be that stupid can we? Who,unless you’re among the Obamazombies, would buy that? They switched out the word evolved for the objective truth that he LIED.They’ve turned language on its head.

When he was at Saddleback with Rick Warren he was asked when life began. He quipped,”it’s above my pay grade”.

Obama is a secular humanist. I don’t see how one could claim to BE Christian and support same sex marriage-especially if they’re Catholic-and abortion. Christian is not a name tag.

We can’t pretend it’s not happening. It’s up to us to rescue them(innocent human beings). They’re depending on us.I’m quoting the ASPCA from their ad to save animals.

The world needs a leader and it has always looked to the United States. We need a President who is passionate about a genocide happening right before our eyes.One day Obama will head off to Hawawii and do what he loves best-next to campaigning and fundraising(maybe more)-golfing. He doesn’t care about the genocide of Christians anymore than he does about a legacy. He cares about an agenda. A world view he has that doesn’t even fit reality.
Forget about him. Pray for our country and HOPE for a leader. I’m voting for Ted Cruz. Say what you like,he gets it. We have no leader to be taken to for now.I hope we last till then.  Let’s not forget the Americans held in Iranian prisons under false charges.Obama->SILENCE.

How the Obama administration treats American citizens who have served their country: 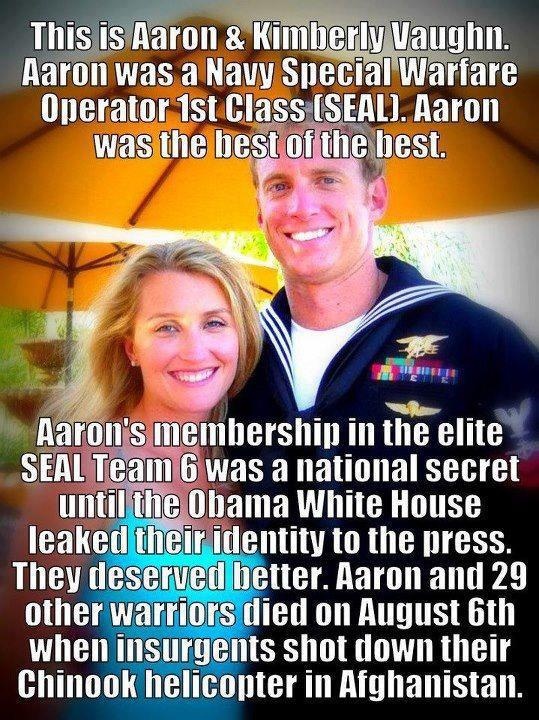 from EWTN http://ift.tt/1yNh3K8
via IFTTT 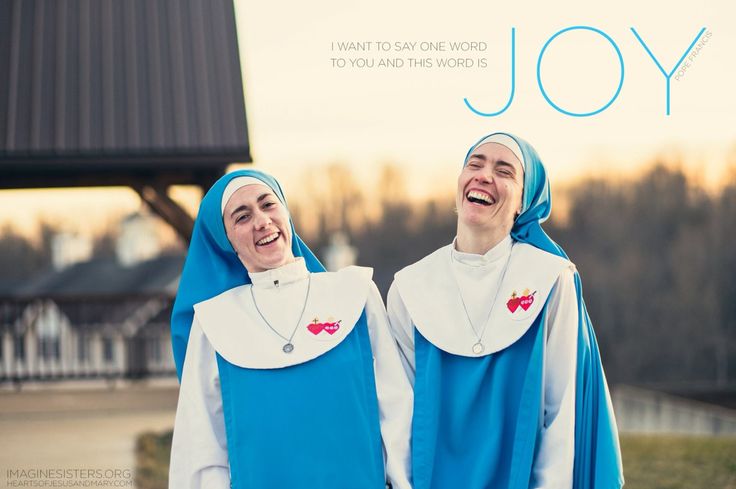 Joy is one of the fruits of the Holy Spirit, not a gift given to a select few, but a by-product of living in the Spirit. Sacred Scriptures exhorts us to trust and embrace the joy of the Lord. The very first time my husband heard holy laughter was 26 years ago while making a retreat at the famous Trappist monastery near Oka in Quebec. He was walking quietly down a hallway, trying to be silent and unobtrusive when a monk  threw his head back and let loose games of full-out belly laughter. It sparked joy in everyone who heard it. That’s what holy laughter does; it ignites the joy of the Lord in everyone who is open.

Another Trappist, Thomas Merton, was asked if  it was possible to tell if someone had truly undergone inner transformation and purification.