I will quote Pope Francis here since it was part of your New Years Day commentary:

He warned married couples about substituting pets(ie dogs n cats)for children because it would lead to to the “bitterness of loneliness” in old age.
It wasn’t all the Pope said; he clarified.

“You can go explore the world, go on holiday, you can have a villa in the countryside, you can be carefree,” the pope said.

“It might be better — more comfortable — to have a dog, two cats, and the love goes to the two cats and the dog. Is this true or not? Have you seen it?”

What was the Pope getting at?

We know we’ve seen it. In fact we see fewer and fewer young ppl accepting the vocation of marriage

What IS going on?

My parents were part of what has been called the Greatest Generation.

What did they have as the glue for their marriages?

First they grew up in the Great Depression and WWII.

Their parents were immigrants and didn’t have much materially.

However,they attended Daily Mass and went to Mass every Sunday and Holy Day. They were devout Catholics. It was a time when you weren’t belittled for attending church or wearing your faith on your sleeve. America came to be all about that*.

They KNEW what marriage was.

They knew what SACRIFICE and COMMITTMENT meant.

I’m thinking these days people get married for what they can get out of it.

Never works. Our culture is redefining marriage. It has no meaning at all.

My parents and their parents wouldn’t have believed in a million years that people would consider 2 people of the same gender as being married.Impossible. (Yes it is).

What we have here is a culture that has forgotten what marriage is and what it takes->SACRIFICE.

Children are definitely a sacrifice but our parents believed in sacrifice. Today it’s considered a burden.

One of the purposes of marriage is procreation. It doesn’t mean every single couple will be able to have children.There are medical problems of course and issues of compatability.Understood. However, male and female relations are how life is given to another human being through unity. Male and male;female and female.NEVER happen. Not in the design. Nature reveals the plan.It’s the rule not the exception.

We have on our hands a contraceptive mentality.

You must protect yourself from the other person and if it fails then the answer is abortion.

Pope Francis wasn’t the first to speak about the transmission of human life,procreation and the contraceptive mentality.

Paul VI had beat him to it a long time ago when the question of artificial contraception first came up.

He wrote an ENCYCLICAL called Humanae Vitae.Don’t let the title throw you.They’re always in Latin but they are translated into the venacular.http://www.newadvent.org/library/docs_pa06hv.htm

IF you want to know what Pope Francis was getting at you first get what Paul the VI was getting at(then JPII and Benedict the VXI). Humanae Vitae (Human Life)was written at a time when artificial contraception,especially the birth control pill,was introduced.

People today who do get married have on their minds fullfilling themselves. If they’re left feeling they’re not getting enough out of it-which is self fullfilling-then they divorce. You don’t do good to others to feel good about yourself. You do good to others so THEY feel good.If you gain satisfaction from doing so that’s a by product, not a goal. Sometimes when you sacrifice for others it doesn’t actually feel good at all.

We see the human person being used as a sexual object everywhere. Leave it to a godless cutlure to pass that down.My dad,no matter how old and sick he became, worshipped the ground mom walked on.
* I’m reluctant to say that our grandparents,having escaped from Poland,were not met with anti Catholicism here in America.I’m also reluctant to say that we were granted freedom of religion during our country’s foundation. I WILL say kudos to William Penn and the Quakers who were the first-and at the time-the only-group that gave Catholics the freedom they sought.I will also say that there is, to this day, an anti Catholic vein in our country.In most instances sublime;in other instances an overt bias against Catholicism.

one of the most beautiful pieces of music ever written. In honor of Our Blessed Mother and in tribute to my mother Marie-it was also her wedding song.She would love this version.

O Mary, Virgin most powerful and Mother of mercy, Queen of Heaven and Refuge of sinners, we consecrate ourselves to thine Immaculate Heart.

We consecrate to thee our very being and our whole life; all that we have, all that we love, all  that we are. To thee we give our bodies, our hearts and our souls; to thee we give our homes,  our families, our country.
We desire that all that is in us and around us may belong to thee,  and may share in the benefits of thy motherly benediction. And that this act of consecration  may be truly efficacious and lasting, we renew this day at thy feet the promises of our Baptism and our first Holy Communion.
We pledge ourselves to profess courageously and at all times  the truths of our holy Faith, and to live as befits Catholics who are duly submissive to all the  directions of the Pope and the Bishops in communion with him.
We pledge ourselves to keep  the commandments of God and His Church, in particular to keep holy the Lord’s Day.
We  likewise pledge ourselves to make the consoling practices of the Christian religion, and above all, Holy Communion, an integral part of our lives, in so far as we shall be able so to do.
Finally, we promise thee, O glorious Mother of God and loving Mother of men, to devote  ourselves whole-heartedly to the service of thy blessed cult, in order to hasten and assure,  through the sovereignty of thine Immaculate Heart, the coming of the kingdom of the Sacred  Heart of thine adorable Son, in our own hearts and in those of all men, in our country and in all  the world, as in heaven. so on earth. Amen.

Before anything else, prayers for the families who lost loved ones on Flight AirAsia Flight 8501

1. Thankful for family. Thankful for another year.Thankful for each day we get up and have another day. One thing I will never be–a ‘prepper’. (You’ve all seen the commercial,right?). God has His plan. It’s all up to Him.

2. I was thinking we only had 1 more year of Obama and his media cronies but it looks like it will be 2016.

3. Waiting to see if MItt Romney or Allen West will jump in and run. They better speak up soon before other candidates start to snowball. Hoping we get a new Speaker in 2015. Trey Gowdy,Mia Love….both good choices.

5. Hoping the media will stop reporting on Pope Francis.They’re clueless about matters religious.

I recommend Fr Z’s blog for truth in reporting.I don’t agree with Father 100% of the time but at least he’s accurate and truthful. Good discussions on his blog.Also, I would like to be Pope Francis’ Catherine of Sienna.(this is NOT a claim to be a saint).Catholics will get it.

6. The protests/riots can stop anytime. They’re not about justice. It’s anarchy.

7. DeBlasio has to go. PERIOD.

9. Can we get our country back in 2015? The ppl vote to ban same sex ‘marriage’ and a judge steps on them calling it unconstitutional? Since when was it unconstitutional for THE PEOPLE to vote and have a say?  Our country is crumbling from the inside out. Our values matter.Are we falling asleep? Do we feel defeated?

10. Can Obama get his head out of his butt and get some REAL foreign policy going? Can someone pls let him know the war on terror is not over-it’s just begun. He said if we didn’t like his policies to vote.  We did. He got his answer. Again,his head is up his butt and he didn’t hear it. 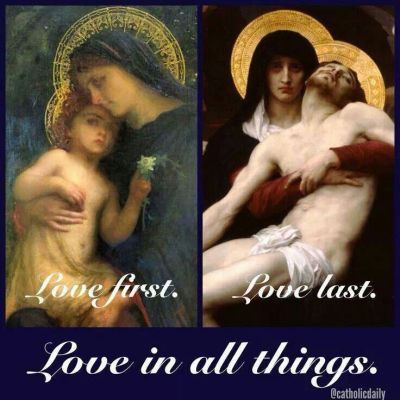 Anyone have a grudge or ill will you’ve been carrying around for a long time? Good time to forgive.Go to Confession.Start over. God makes it simple.We make it complicated.