Another evil attack on the Church and religious freedom in these USA.

be sure to read the comments. 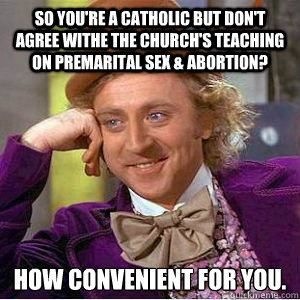 let’s not forget same sex marriage,birth control and euthanasia either.I’ve found if a person disagrees with one they generally disagree with ALL of them.

LONDON (AP) — Singer Susan Boyle says she has been diagnosed with Asperger\’s syndrome, a form of autism — and feels relief at finally having the right label for her condition.

Boyle told the Observer newspaper that she saw a specialist a year ago, who told her she had Asperger\’s and an above-average IQ.

Boyle, 52, had learning difficulties as a child, which she was told were the result of brain damage from oxygen deprivation at birth. She struggled in school and was bullied by other children.

\”I have always known that I have had an unfair label put upon me,\” Boyle said in the interview, published Sunday.

\”Now I have a clearer understanding of what\’s wrong and I feel relieved and a bit more relaxed about myself.\”

The church volunteer from a small Scottish town became a global sensation when she sang the \”Les Miserables\” number \”I Dreamed a Dream\” on TV contest \”Britain\’s Got Talent\” in 2009.

The contrast between her shy manner and soaring voice won Boyle legions of fans. She has sold more than 14 million records around the world and recently released her fourth album, \”Home for Christmas.\” She makes her big-screen debut in holiday movie \”The Christmas Candle.\”

Boyle has occasionally struggled with the pressures of fame, and was treated for nervous exhaustion soon after her stint on \”Britain\’s Got Talent.\”

The singer said she was glad she, and others, would now have a better understanding of the struggles she experiences.

\”I would say I have relationship difficulties, communicative difficulties, which lead to a lot of frustration. If people were a bit more patient, that would help,\” she told the newspaper.

\”Asperger\’s doesn\’t define me. It\’s a condition that I have to live with and work through, but I feel more relaxed about myself. People will have a much greater understanding of who I am and why I do the things I do.\”

Will be back on Monday,maybe Tues.if you’re in the part of the country going through the miserable weather,take care.Stay safe.If you have warnings do not travel. Here it’s just very cold,but nothing dangerous.Nothing that a warm blanket won’t take care of.However, my menniere’s IS miserable today and i need to get some rest. Unfortunately the doctor visit didn’t help. I was hoping he would prescribe a new medication I was given at our ER(it didn’t have hardly a side effect)and he was so totally against any medication that I left feeling thrown to the curb. He did say I could find a doctor that might prescribe it. My feeling was that he’s not big on prescribing meds period so it wasn’t a personal slight.I get that.He’s a good man and not a bad doctor. He’s just not one to use pills if he doesn’t feel he has to. I’m now left to struggle with it though and the best way to cope is to go to bed for awhile. Tomorrow i am going to contact another doctor. He has no objection so he’ll still be the main. I just have to do better than coping or to say it another way;put up with it.

Anyway,i will try to get back tomorrow or Tues.For those who actually stop here to read;you have a good rest of day and enjoy some family time. 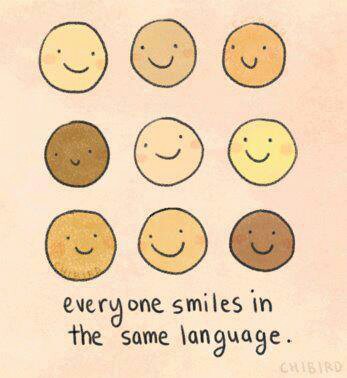 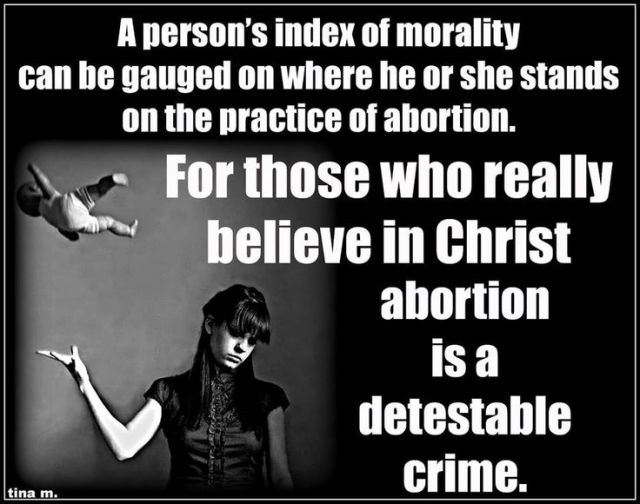 if you have been convinced by the arguments of the secular culture take the time to think about what abortion does.It’s not an unforgivable sin. I don’t know too many people,including myself,that don’t have a skeleton or two in their closest. They may not all be the same one,but most of us have them. We don’t look down on people who have made mistakes in their life,even the horrible sin of abortion.Yet, we do need to reach out,speak up and one day put an end to it. If you’re a Catholic and claim to be a Catholic then you’re obligated to follow Church teaching.If you don’t understand the teaching then get informed.There is a wealth of information on the teaching.You are obligated to accept it.The Church doesn’t base her teaching on personal opinion or polls.If you are one of the people who made this tragic decision in your life or supported it you don’t have to go on alone. Norma-the woman involved in the Supreme Court decision to legalize abortion- became BOTH pro life and Catholic

When someone tells a bald faced lie[knowing it was a lie]repeats it time and time again to get elected, over a matter that so profoundly affects each and every person in the country-as well as a teetering economy-there is no way on earth that I am going to support that person.There is no way on earth I am not going to criticize those policies. When that person gets elected based on that lie then lies again-repeatedly-then claims to have misspoke(our  ears do work,right?)there is no way on earth that person is going to earn my trust.The story that he didn’t know is getting old. If the President of the United States gets the news the same way we do,from the media,we are in deep trouble. He claims to never know anything until he reads it in the paper or sees it on the news. Do you honestly find that possible? 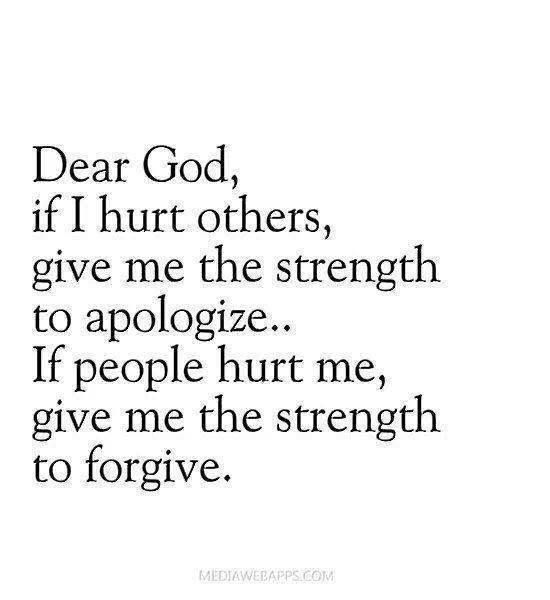 IF you were one of the people that voted Obama what did you think you would get? Take a very  close look.

Where is his focus;what does he do?

First order of business: free birth control, kudos for Planned Parenthood,he vows to fight for the LGBT community and tweets in favor of same sex marriage. Any mention of the unemployment rate and what policies he would like to have implemented?

Second order of business: Obamacare.Founded on a lie to get himself elected then founded on a lie to get it passed.Not just once where you might consider it a mistake.Over and over again. Just like the story about Benghazi.Over and over again he and his administration claimed that a video caused a spontaneous demonstration. What did he say during the race? He will have THE most transparent administration in history and the health care discussions will be on C-Span.What REALLY happened? Nancy Pelosi says the bill will have to be passed to find out what’s in it.

Jobs? You mean the ones he saved,like he saved Detroit?

Third Order of Business. Illegal immigration. Again,what about jobs and the economy?

Now he’s knocking himself silly for Obamacare and vows he will do anything and everything to get it implemented no matter what happens. Consider the agency he picked to enforce his obamacare.The IRS. Ask yourself,why is that?

What did you think you would get from a man whose first order of business was not the economy or jobs but free birth control and same sex marriage? Think about that while he’s vacationing in Hawaii on the tax payers dime.

You voted for him because ‘he cares’ about people like you. REALLY?

When you figure it out,if you figure out,stand up for the American people.Stand up for yourself.It’s not about party. Think it will do no good and it’s just you against the all powerful government.Another words, try to get along and accept whatever is dished out.Make do and figure there’s nothing anyone can do about it.He’s one person. The one thing we have going for us is the fact that there’s more of us than there are of him. It’s not the all powerful government. You speak up. It’s the all powerful people. ( They can’t even put up a website that works). If you sit back you hand it over.  Above all,vote them out in 2014. Keep speaking up. It matters.If  you still think he really cares about you I don’t know what else could happen to get you to see what is going on here.Word:don’t wake up when it’s too late. 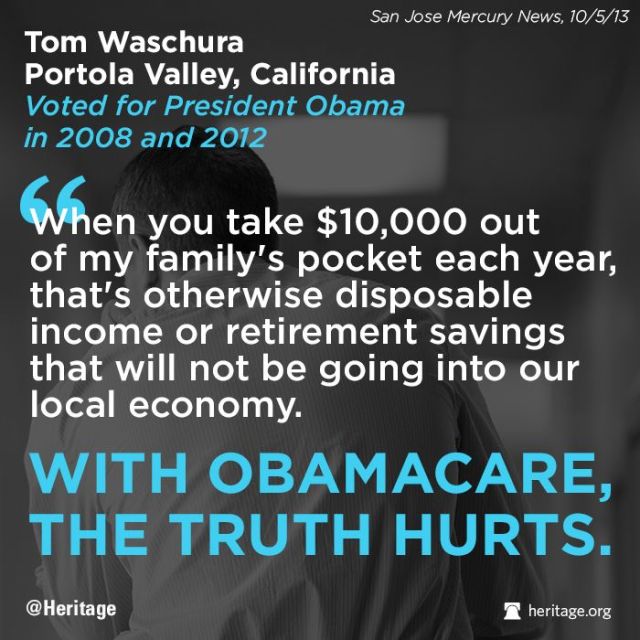