Cardinal Timothy Dolan, the popular archbishop of New York, said Sunday the Catholic church remains opposed to ObamaCare in large part because it requires businesses to offer health-insurance plans that include no-cost contraception.

Dolan, the former president of the U.S. Conference of Catholic Bishops, said the church’s position is a difficult one, considering it has supported universal, affordable and comprehensive health care since the early 1990s.

“We bishops have really been in kind of a tough place,” Dolan said on NBC’s “Meet the Press.” \”That\’s how far we go in this battle. We\’re not Johnny-come-latelies.\”

He also warned President Obama that the contraception mandate in his signature health care law might “push aside” some of his biggest supporters.

“We want to be with you. We want to be strong, and if you keep doing this, we’re not going to be able to be one of your cheerleaders,” said Dolan, several days after the Supreme Court agreed to hear a challenge to the mandate by the Christian-owned retail chain Hobby Lobby.

Dolan also said he was “disappointed” that Congress has failed to pass immigration reform and put the blame on the Republican-led House that has yet to vote on the issue.

“You guys have got to get your act together,” he said. “We’re not going to let you guys off the hook. … We’re disappointed.”

Dolan also acknowledged that efforts to make same-sex marriage legal across the country appear to be gaining momentum.

He also suggested the church has been “out marketed” on the issue by forces such as Hollywood and high-profile political leaders who support the change.

Every now and then someone says it so well, it just needs to be read as is. So it is with this piece written by M. Northrup Buechner, Associate Professor of Economics at St. John’s University in New York, as featured in Forbes Magazine.

Finally, what we have all been witnessing and addressing is drawing the attention of the financial elites who read the pages of this prestigious magazine. It is my hope that Dr. Buechner retains his position at St. John’s University because the lawless Barack Obama will unleash his hounds to destroy him.

Let this be a message to John Boehner and Mitch McConnell and all Republicans. Take heed, the future of our Constitutional Republic lies in your hands — and cowardice and failure are not an option.

NEW YORK – New Zealander Trevor Loudon has just published an encyclopedic new 689-page volume, “The Enemies Within: Communists, Socialists and Progressives in the U.S. Congress,” to accompany his 668-page 2011 book, “Barack Obama and the Enemies Within.”

In both volumes, Loudon has proved himself to be among the foremost experts in the world investigating and reporting the penetration of communists, socialists and the current group of “progressives” affiliated with Democratic Party politics who portray themselves as liberals.

via Communists in Congress? Just count ‘em. [and kick them out!] 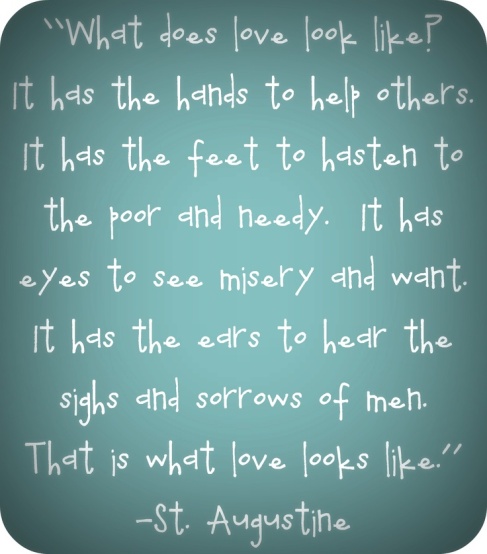 Been thinking about these people the past week. It seemed like a  good time to get them listed in a blog entry and give them huge kudos. 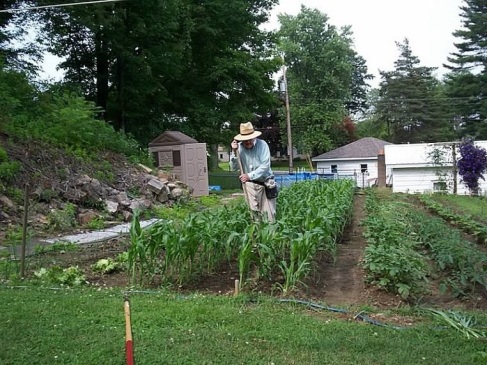 No superman cape on dad.Didn’t need one. Like most dads his main interest was providing for his family and seeing to it we had a good life.

Dad grew up dirt poor like many of the greatest generation. He quit school in 8th grade.Had to.The kids had to support the family.One of the brightest men I have ever known.He was not book smart;he was life smart.He learned interior decorating and became one of the best in town.He built the home for himself and mom.An extraordinary job and that includes the plumbing and electric,by himself no less. He and mom both lived through the great depression-dad never knew what indoor plumbing was growing up.Didn’t get a thing for Christmas.No exaggeration. He was called off to serve in WWII.We heard the story about Mussolini hanging by his toes (mistress beside him)a 1k times. Later in life he took up gardening as a hobby.As a youngster they grew gardens all over their hometown.They being the 12 brothers and sisters he had(one twin). He lived and breathed that garden.In fact he drove my mother crazy with it. He went out there no matter how he was feeling for the day. I helped a lot but drove him crazy. When dad did a job it had to be done right and believe me he didn’t expect any less from other people. Anyway i enjoyed the time with him no matter how it actually went. As you can see his corn took well to his green thumb. He eventually went downhill with Parkinson’s.This was a very difficult time.A time to watch a man so robust and hard working fall enough to land in the hospital badly bruised and ill several times.It was stressful.You just never knew when he would fall and when did it was unbearable to see.The hospital discharged him too soon once and the poor man had to crawl to get from the top step of the basement to the hall.We called a neighbor who was kind enough to come help us get dad on the sofa. I have no time for the hospital that did it to him. I can still see him struggling that day. Demeaning. There was no call for it.The last day of his life we took him out for what we didn’t know would be a last look at his garden.He loved to hunt-intended on doing it from the car. There was a time when he loved fishing.Most of all he loved mom,his family and his garden. He was a Eucharistic minister and kept on with it until he absolutely could not go anymore. For a man with little education he would,with all his heart, quote the introduction to the gospel of John before giving you communion and not miss a word.He was a whole different man when he gave communion. There was a radiance about him.Ironically he had to bring communion to me after the menneire’s disease kicked in. Very special.He took being Eucharistic minister very seriously.The people at the nursing homes loved to have him come.I could see why.I bet he had an ear and good word for all of them too.

Miss ya dad. You were awesome.And yes,i do know you were sneaking food to Herbie(pug)after all your bluster about bringing the dog.Mom missed you terribly after you passed. She loved you so much.

We were lucky to be paternal twins. I remember how dad used to kid him about being a garbage man when he grew up.That’s because dad knew he was brilliant. We also figured he’d be a rocket scientist.For that matter he could have gone to MIT U but didn’t. One of the few people I knew that got a perfect score on his Math SAT and darned close on the other parts of the SAT.People complain about the SAT’s and don’t think they give an accurate mark. Yes,you can get high scores on them.My brother is proof positive of that.

He did not turn out to be a garbage man or a chemist or even a rocket scientist.He went on to become a teacher and dedicate his whole life to teaching.By the time he retires he will have spent a whole lifetime in school.

We were all very proud of my brother but he is one of the most humble people of his caliber that i have ever known.

He loves to read.Loves to teach. I think the only subject he took in college he complained about and not a whole lot was his class in German.Evidently it is a challenging language but he got through it.

He worked in the school cafeteria to help pay his way through college where his scholarships didn’t cover.

The kids that did the party scene usually dropped out. Not my brother. He did seem to get one of these people in his dorm room though from time to time. (SCHOOLS WERE NOT CO-ED THEN).

I am not going to post a photo of my son either.Respect his privacy. The names of all living family are also omitted for the same reason.

The first award my son ever received was the Furry Fred Friendly Award.I have it tucked away for keeps[ to this day.]

It will tell you a little bit about him. He liked people. I think he spent more time socializing in school than he did hitting the books.He was bright-very bright-he just opted not to apply himself at the time. He  did apply himself to finding unique ways to hide his homework.Now sports was different. He got involved in nearly all of them except baseball.He had trophies in soccer,basketball and football.Baseball just never interested him. Not sure why .We didn’t have a lot of baseball fans in the family though. We were Steeler enthusiasts.

He was bright though and had he put more effort into school I believe to this day he would have been a straight A student. We’re all different though and each of us go on our own paths.

He rose above his home situation,signed up for the Navy before he graduated and made a career of it. He applied himself in the Navy and made up for his lack of applying himself in school as a kid. He passed exams and became a CPO.He’s married w/ 2 kids and is a terrific husband and father. Like my own dad,that’s all we should hope for.The rest is just the icing on the cake.My dad served in his way,my brother in his and son in his. Three generations of terrific guys.

I really admire Mr Krauthammer.Disagreed with him once or twice but that’s it because he is  almost always right in his analysis.He also made that great trek from liberal to conservative.

His  life speaks for itself as does his commentary and various columns. He has a book out now that’s no 1 on the NYT best seller list(actually beat out Bill O Reilly who’s been dominating.)

Order A Life That Matters by Charles Krauthammer here: http://www.barnesandnoble.com/w/things-that-matter-charles-krauthammer/1114504007
To learn more about Charles get his book and you can always see him on Fox.The one area where  we disagree somewhat  is politics.He gives it more importance than i do.For me it’s the Catholic Church guarding the good,the true and the beautiful. Politics comes in second and it’s informed by my rediscovered Catholic faith.

Religion affects politics-or should.Not the other way around. Catholicism expects us to be engaged in the public square though so Mr Krauthammer and I are probably ALMOST in agreement.

i can’t say as i know him personally but he’s had a profound affect on my life and thinking.

You have to read his book Confessions to get to know him. Manichean,Heretic and finally Bishop and Saint he was declared a Doctor of the Church.One of 33.

The movie Restless Heart is based on his book Confessions- basically an autobiography. 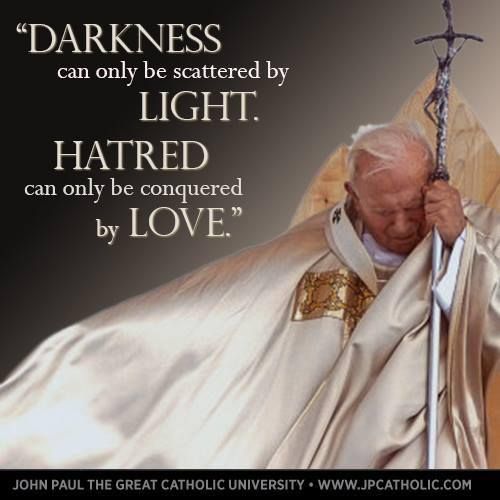