thank you for taking down the economy you promised to turn around,destroying the reputation of our country around the world and dividing the country with your nasty partisan language.Thank you for allowing us to be a country with more people on food assistance than it has been in years.Thank you for your lack of respect for our military.You could have been a great President and at the least gone down in history as our first black President.

Instead your are USING the office of President to fulfill YOUR dream of fundamentally transforming America.

I remember when you are on the campaign trail and ran into Joe(the Plumber)from Ohio.I heard you as plain as day that it was good for  the country when you spread the wealth around.

I knew exactly what that meant;the redistribution of wealth.It’s a Marxist concept.

1. you took an OATH when you were sworn into the office that the American people elected you to.The oath was to protect and defend the Constitution of the United States.

2. It is NOT your wealth to do with as you see fit. You did not invest one dime,one shred of equity or effort into creating that wealth. You did not risk anything to create it. You have no right to take what belongs to someone else and ‘spread it around.’

You divided the country more than it was too by  constantly reminding the American people of who won the election and your partisan rhetoric.You talk out of both sides of your mouth.In one speech you will talk about how the 2 parties should get along and then rip into the very people you pretend you want to get along with. I’ve never heard a President stoop so low.Most respect the office and try to rise above partisanship. The way you do this is unbecoming and divisive.

The American people are hurting for jobs.You ran for the White House because you wanted the job not because you inherited it.

Yet,instead of focusing on jobs, you attempt to change the greatest healthcare system in the world.Worse you LIED to the American people to do so,even the people who voted for you.

It is all about YOUR vision of America and what YOU think it should be. Obamacare is worse than we thought it might be-it’s not just the intended consequences (WHICH YOU KNEW)that are harming our country.It’s the unintended consequences  of playing with a complex system in a 2k page bill loaded with taxes and regulations.You took away choices Americans had because you believe that you know better. Where did you get the right?

You don’t tell the people of our country what you think is best FOR them.Good,bad or ugly it’s their RIGHT to make these choices for themselves.

Does the health insurance system need fixed? Of course it does.It wasn’t an excuse for you to shove a massive government program that undercuts our rights.

I don’t know how the country is going to survive this but our next President is going to have a lot on the plate. He will have to undo the damage you have done.We can only hope it can be undone.

I doubt we’ll get a President who will waste precious time blaming the predecessor. We need someone who will take responsibility and get the country moving again. For me Mr President it takes hubris and arrogance to think that you have the right to tell people what you think is best for them.I bet most Americans would agree with that.

Finally,Mr President,the worst thing you have done-besides look the American people in the eye and lie to them-is  that you trampled on the rights we have as Americans. Freedom of speech,religion,press and assembly.

All we ask of you Mr President is to respect the office for which you were elected to SERVE.

I hope in the next 3 yr of your term you will grasp that idea.Then you will have a legacy to be proud of. (Tell George Soros,who does not have America’s best interest at heart,to take a flying leap. Good start.Valerie Jarret(who got self admitted communist Van Jones into your administration) along with him.Also, when you say you will hold people accountable,pls do.It’s a sign of leadership) 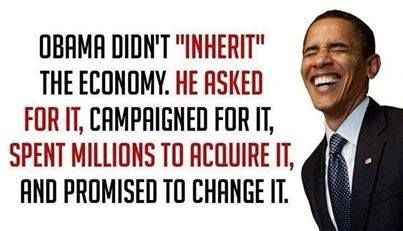